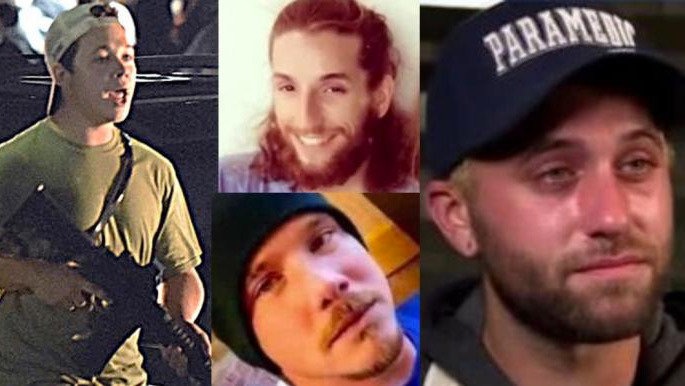 December 13, 2021
Luca Mazzacane
(Pavia, Italy)
Camilla Warrender
(Boston, USA)
America is in the midst of a racial reckoning. Despite the country being seen by many around the world as a model democracy, it has a troubled history when it comes to civil rights for people of color. America leads the world in its rate of incarceration, with more than 2 million Americans in jail, and a black American man 6 times more likely to be incarcerated than a white man.
Long Story Short

America is in the midst of a racial reckoning. Despite the country being seen by many around the world as a model democracy, it has a troubled history when it comes to civil rights for people of color. America leads the world in its rate of incarceration, with more than 2 million Americans in jail, and a black American man 6 times more likely to be incarcerated than a white man.

This is due in part to the harsh sentencing policies for some crimes (especially non-violent drug crimes), and the racially disparate application of the laws. It’s also due to gun laws that differ from state to state, with a white man far more likely to gain acquittal on a claim of self-defense. And it’s due to a very imperfect system that advantages a wealthy defendant who can buy the services of a high-powered attorney.

With all of this as backdrop, Americans watched closely as Kyle Rittenhouse, a young white man who killed two in Wisconsin, and three white men in Georgia who killed the young black Ahmaud Arbery, came to trial in the same month.

On August 25, 2020, 17-year-old Kyle Rittenhouse, from Antioch, Illinois, crossed the border to Kenosha, Wisconsin during the civil unrest that followed the police shooting that paralyzed a black man, Jacob Blake. Rittenhouse claimed to be providing medical aid, though he was neither a doctor nor an EMT. He also sought to offer “protection” for businesses, armed with an AR-15 semi-automatic that he was not legally allowed to own. He clashed with protestors, who tried to disarm him. In the scuffle, he shot and killed two, and wounded one.

The decisions and behavior of the judge, Bruce Schroeder, were controversial. He ruled that the 3 who were shot by Rittenhouse could not be called “victims,” but could be called looters, rioters or arsonists. His phone rang out during court, playing the Trump rally theme song. And he disallowed introduction of most of the evidence that would have shown Rittenhouse’s state of mind at the time of the shootings, including his involvement with the far right Proud Boys. He also dismissed on a technicality the charge of unlawful possession of a firearm.

Finally, after nearly four days of deliberation, the jury confirmed the validity of Rittenhouse’s self-defense claim, finding solid support in Wisconsin law for his acquittal. That two of the victims had tried to disarm him served as sufficient reason for him to invoke self-defense and appropriate use of force. Lost at trial was the fact that Rittenhouse was in Kenosha with militia groups activated after the killing of George Floyd, answering the call for "armed citizens" and "patriots" to defend the city from "evil criminals." (A report by ACLU staff attorney Leah Watson detailed the ways the Kenosha police were even cooperating with those militias.)

As Eric Levitz wrote in New York magazine, the ruling "shows the latent anarchy in America in that peculiar combination of ultra-liberal laws in gun ownership, the expanded concept of self-defense, and the massive ownership of guns by Americans."

Rittenhouse made terrible decisions, which led to him killing two people. That existing law allowed him to successfully invoke a self defense claim is disturbing for many, but it is the law. Even more disturbing, though, was for Rittenhouse to have become a cause célèbre for many conservatives and gun rights advocates. Donald Trump congratulated him on his success, and GOP lawmakers debated which of them would be allowed to offer Rittenhouse a congressional internship. Such is American politics at present, which has helped enormously in energizing culture wars such as these.

Then there was the case of Ahmaud Arbery. On February 23, 2020, the 25-year-old Arbery was jogging near Brunswick, Georgia when he was killed by Travis McMichael, his father Gregory McMichael, and their neighbor William Bryan Jr. But the three were not charged with a crime until 2 months later, when a video was leaked to the public showing that Arbery had been killed only after he was chased and assaulted. The video prompted a wave of protest and cries of racial inequality in the justice system.

Still, the three maintained that they were attempting a citizen’s arrest, and that they had to defend themselves when Arbery resisted. The jury of nine white men, two white women and one black man, reached a verdict after two days of deliberation.The three men were found guilty on most of the charges. Travis McMichael, who shot Arbery, was found guilty of all charges, including manslaughter. They will also now face a federal hate crimes trial, scheduled to begin next February.

Analysts say that in both the Rittenhouse case and Arbery’s murder, the jury verdict was correct in application of existing law. That seems to be true, though the fact that each state in the union has its own self defense and homicide laws makes an understanding of the law complicated. But despite the complex and imperfect laws, and a very imperfect criminal justice system (that allows wealthy defendants to essentially buy their way out of a guilty verdict), there is a clearer bottom line here. The system is weighed heavily against defendants of color.

In pursuing acquittal for her client, defense attorney Lisa Hogue made her final case to the jurors by invoking the same racial stereotypes that pervade so many criminal cases in America. In her closing arguments she spoke of Arbery having worn “no socks to cover his long, dirty toenails." The origin of Georgia’s “citizen’s arrest” law was to make it easy for white Georgians to apprehend runaway slaves.

The bottom line was bright as day with the Rittenhouse verdict, in no way disproven by the results of the Georgia trial, and was summarized well in a Washington Post opinion piece by Eddie S. Glaude Jr, chair of Princeton’s African American studies department:

“...no Black teenage boy stalking around a protest with a semiautomatic rifle, no Black teenager who kills two people and leaves one seriously injured, would be treated, no matter what the law says about self-defense, like Rittenhouse. He would be dead.”

Kenosha News has a key detail that the Journal Sentinel left out of its reporting: Rittenhouse wanted to shoot some men outside of CVS because he thought they had shoplifted.

Judge Schroeder’s phone rings in the middle of the Rittenhouse trial, and it just happens to be the theme song from the Trump rallies when he walks on stage. Go figure. pic.twitter.com/3LE44QwNkB

Something tells me not to expect the world’s fairest trial.