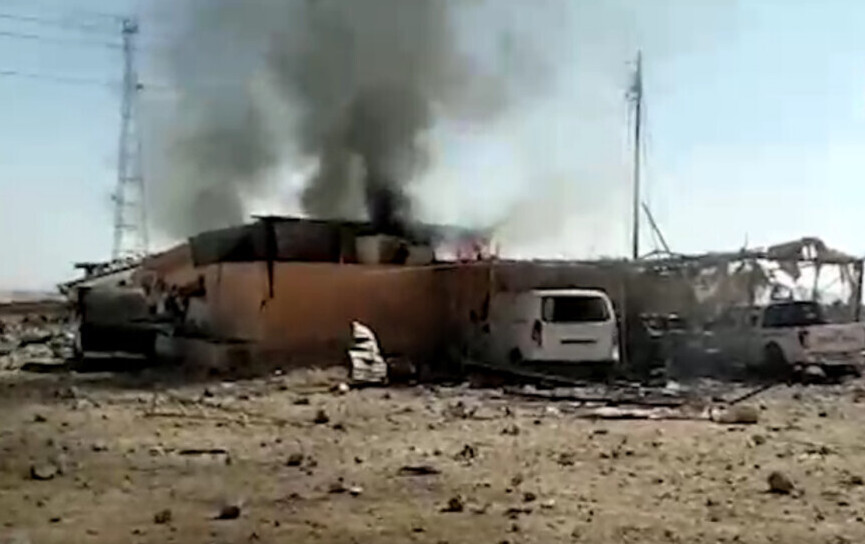 Yezidis have once again been targeted by the Turkish silent bombs. While the eyes of the world are focused on Ukraine, the US mid term elections and Bali’s COP27, Erdogan continues his campaign against the Kurds. Turkey’s bombing in the northeastern area of Iraq makes Yezidis’ life even harder.

Yezidi refugees are already are experiencing a long and difficult struggle, many of them living  in internally-displaced camps, and still fearing a possible renewed genocide against them. The Yezidi people live their life against all odds, at the borders of Iraq and near to Mount Sinjar, willing to avoid more central areas where they could be more easily targeted.

The first phase of the offensive was launched by Ankara on Monday against the Kurdistan Workers' Party (PKK) bases in northern Iraq near the border with Turkey, part of a campaign that has also been ongoing on for some time in Syria against the Syrian Kurdish militia of the YPG People's Protection Units. Both organizations, which fight for the Kurds' right to self-determination, are considered terrorist groups by Turkey. Many western countries disagree with that label.

According to Turkish President Recep Tayyip Erdogan:
"We will clean the lands of Iraq from terrorism and ensure the security of our borders."

Turkish warplanes, helicopters and drones have struck Kurdish targets in northern Iraq, in air and ground operations targeting facilities ranging from training camps to ammunition depots to civilian areas. According to the Turkish Defense Ministry, 30 PKK militants were reportedly killed in the operation, while one Turkish soldier died as a result of an IED explosion. Yezidi and Kurdish civilian casualties are rarely reported.

Turkish President Erdogan claimed that the military intervention was taking place "in close coordination" with the Iraqi government,  but that claim was vehemently denied by the Iraqi government.In fact, the Iraqi Ministry of Affairs summoned Ali Riza Guney, the Turkish ambassador to Baghdad, who was handed a letter of protest demanding an end to the provocative acts and unacceptable violations. The letter also reiterated the demand that all Turkish forces present on Iraqi soil be withdrawn, in full compliance with the constraint of national sovereignty.

Amid the silence of International Organizations and other entities who have otherwise enshrined the values of democracy and human rights, only the Office of the High Commissioner of the UN notes that:

The upsurge in fighting and the return to violence are cause for alarm. As in previous escalations, civilians are the ones paying an unacceptable price in terms of loss of lives, diminished access to basic life-saving services, destruction of essential infrastructure, and exposure to further displacement – all exacerbated by harsh weather conditions, a dire humanitarian and economic situation, and an outbreak of cholera in the area.”

Still, the UN statement offers just an acknowledgement, lacking any pragmatic action. And the Yezidi community is really in need of a pragmatic solution to safeguard their personal safety and their right to life — not to mention education and a healthy living.

Seven years after #Sinjar city recapturing from IS: For those who have said and who are still saying that the #Sinjar city is habitable and that people can return to their homes. This footage is a clear evidence that there is still no security1/2 pic.twitter.com/2sX0NCL3to

Yazidi Genocide survivor of lsIamic state captivity: “I was raped every day for six months”.
“lsIamic state kiIIed my father and I have seen his blod on their hand”.