A Russian missile stole the lives of 45 Ukrainians 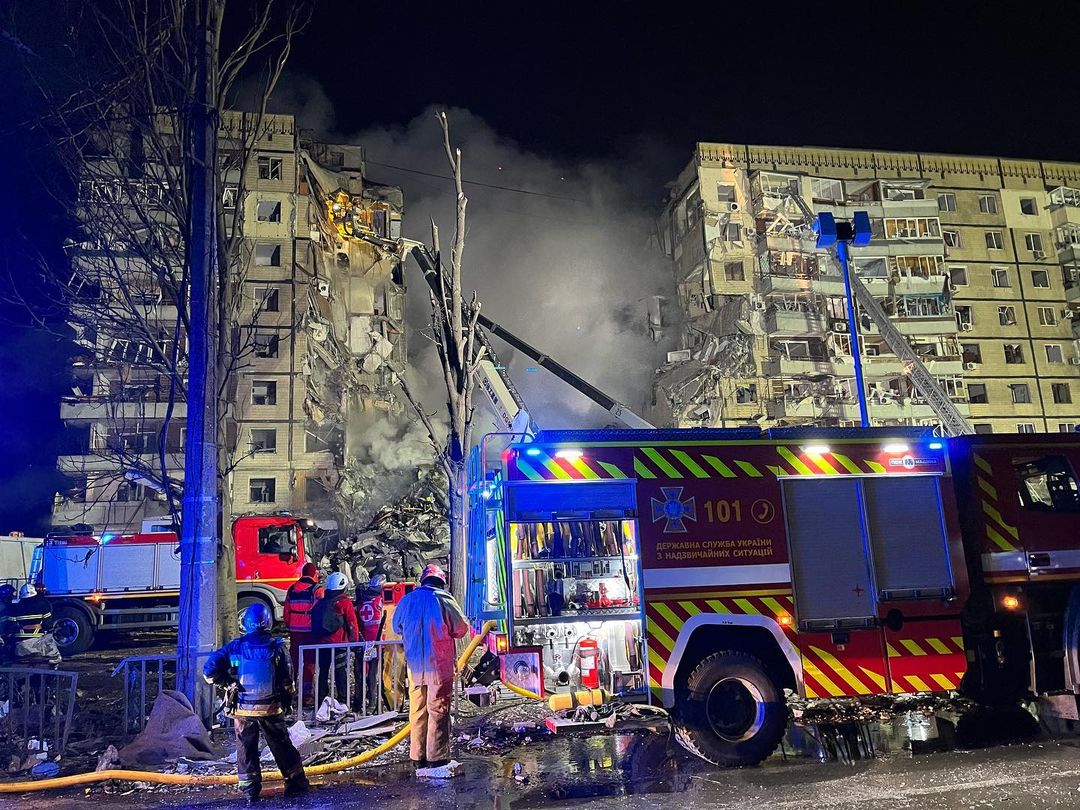 Dnipro... People lived an ordinary life. Some were going to drink tea, some were playing with their children, and some were working. But then a Russian missile arrived and destroyed everything.

On January 14, around 3:30 p.m., a missile fired from a Russian plane hit a residential building. As a result of the explosion, one of the sections of the building completely collapsed.

The State Emergency Service immediately arrived at the scene of the accident. The tragedy also rallied ordinary residents of Dnipro. Volunteers arrived on the scene too, and actively participated in the rescue operation. Volunteers dismantled debris, cleared the road for emergency service autos, removed debris from the house, made food, and helped sort things. Even the children did not remain indifferent. They also joined in helping. Other people bring food, warm things, and hygiene items for those who have lost their homes. Also, many local residents offered shelter for the victims. Everyone tried to do something to help. Many people became blood donors to help those who were injured.

A volunteer “town” quickly appeared at the scene of the tragedy. According to the State Emergency service of Dnipro, 22 tents were set up. In the tents people could eat, drink hot tea, warm up, and charge their phones. A large team of doctors and psychologists also worked to help the victims. Psychologists of the State Emergency Service provided assistance to 186 victims.

The rescue operation lasted 69 hours. During this time, the rescuers had to disassemble the debris in most cases by hand. During this time, it was possible to save 39 people, including 6 children. Communal services removed more than 9,000 tons of construction debris and 41 damaged cars. The russian missile stole the lives of 45 persons (including 6 children). The youngest of them was only several months old. 79 persons were injured (including 16 children).

Before the explosion, there were about 1700 people living in the building. Because of the shelling, they were left without a home. Although part of the building survived, it now has no water, gas, or electricity. Therefore, the building is unfit for habitation. All need to find a new home.

Grieving granddad in Dnipro shows a video of his one-year-old grandson: “This little child is still lying under the rubble”. pic.twitter.com/CLVLCLbSZ4