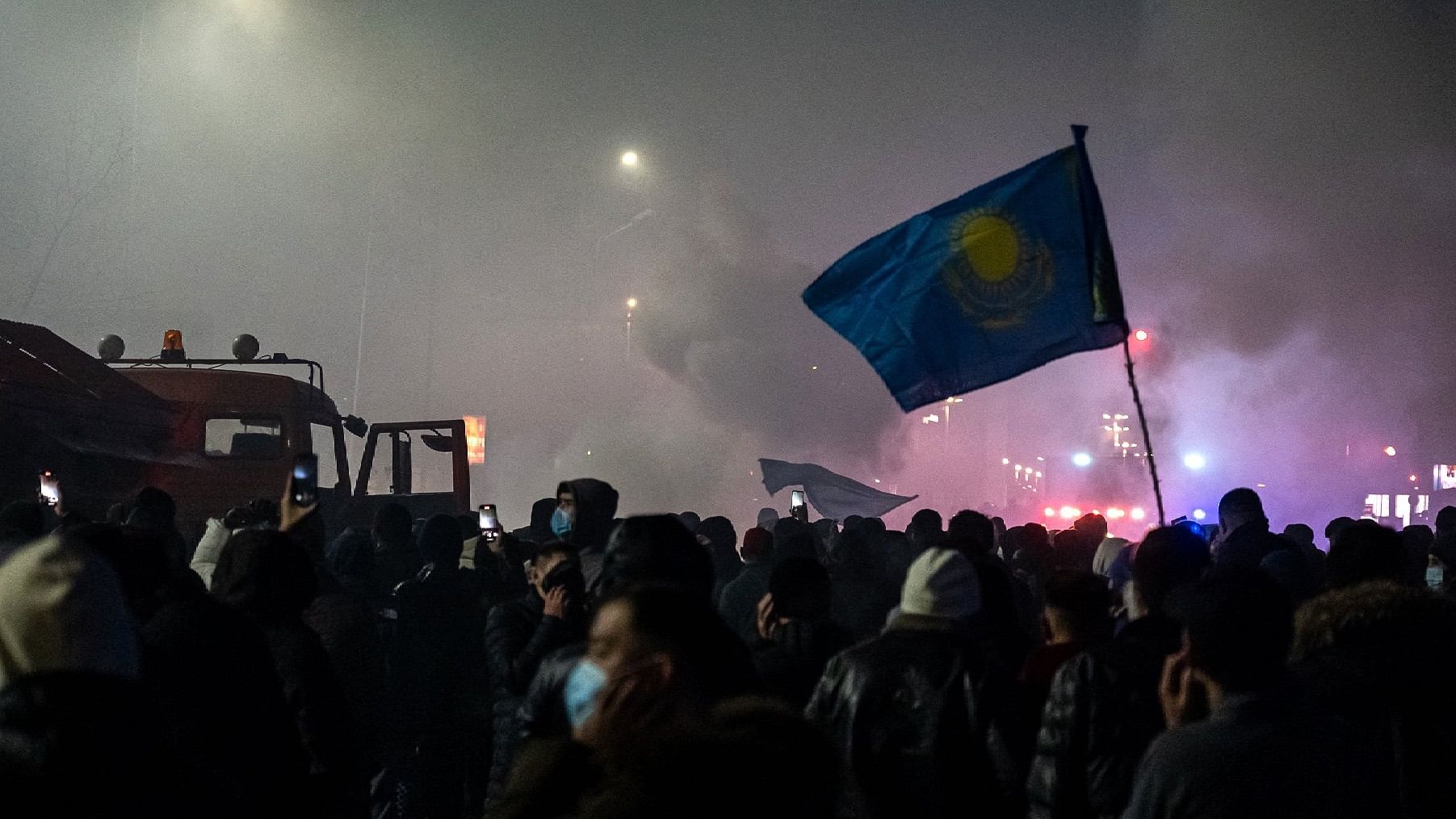 Chaos in Kazakhstan: another opportunity for Putin

January 10, 2022
Aaron Aristotle
(Jakarta, Indonesia)
Much of the world awakened on January 2, 2022 to widespread protests in Kazakhstan, an oil-rich former Soviet state in Central Asia that borders both Russia and China.
Long Story Short

Much of the world awakened on January 2, 2022 to widespread protests in Kazakhstan, an oil-rich former Soviet state in Central Asia that borders both Russia and China.

As the unrest spread across the country, government buildings in the capital of Almaty were stormed and burned by protesters, who were then met with tear gas and live fire from government forces. The government throttled internet and phone service, shutting down access to many websites and messaging apps. Protesters briefly seized parts of the airport in Almaty, resulting in disruptions to normal flight operations.

Kazakh citizens initially took to the streets to protest peacefully against the government’s doubling of the price of liquified petroleum gas. The sudden increase provoked widespread anger, as many Kazakhs use LPG to power their cars. Kazakhstan is oil-rich, with oil reserves that are some of the biggest in the world, but the country’s citizens have not benefited from that wealth.

For whatever reason the protests began, they quickly turned into a general protest by opposition and civil society activists against the current Kazakh regime led by President Kassym-Jomart Tokayev. For the last week, Kazakhs have protested the direction of the country and the autocratic nature of its government. Human rights groups accuse the government of jailing critics to maintain a tight grip on power. Protesters aired their grievances against the dominance of the Nur Otan party, which has controlled Kazakhstan since its breakaway from the Soviet Union in 1991.

The party’s leader, Nursultan Nazarbayev, has been seen by protesters as the power-behind the throne figure in the country. This is due to both his role as head of the government’s powerful Security Council, and his status as “Leader of the Nation,” which has enabled him to exert influence even after stepping down from the presidency in March of 2019. Nazarbayev has been praised by the West for giving up Kazakhstan’s nuclear armory, and reforming its economy to attract foreign investment that resulted in strong economic growth. But he also governed the country with an iron fist, involving high levels of nepotism, rigged elections and suppressed dissent.

The protesters have focused on all of that. But beyond popular discontent over oil prices, socioeconomic issues and corruption, the unrest has become a struggle for power between those loyal to Tokayev and those supporting Nursultan Nazarbayev.

And then on Wednesday, President Tokayev dismissed Nazarbayev as head of the Security Council, along with Karim Massimov as head of the security services. Tokayev’s Cabinet also resigned. Talk of Tokayev no longer trusting the loyalty of those around him was spreading.

President Tokayev called for assistance from Russian forces through the Collective Security Treaty Organization, a Russian-led NATO-like security alliance for Eurasia countries. Tokayev also issued an order to fire-without-warning. Without providing evidence, Tokayev’s government has claimed that it was fighting an “attempted coup” by “international terrorists” that had hijacked the peaceful protests.

The situation in Kazakhstan could yet prove to be a very big deal. A few considerations:

The Kazakh crisis has given Russian President Vladimir Putin yet another opportunity to exert his influence in former Soviet states, in keeping with his recent flexing of Russia’s diplomatic muscle in Belarus and Ukraine. With Kazakhstan, the help of Russian-led CSTO forces has allowed President Tokayev to consolidate his power over the country. The renewed Russian influence in the country, however, may yet compromise Kazakh sovereignty.