A Way Out for Ukraine: revisit the Normandy talks? 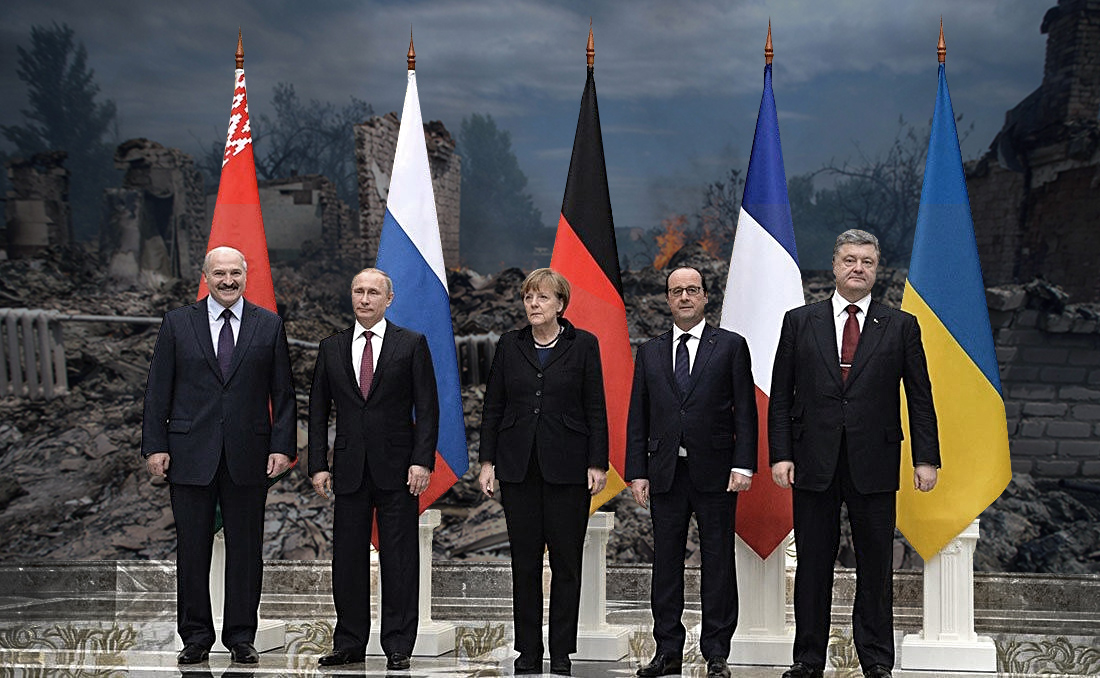 Talks between Ukraine and Russia in recent weeks to end the current tensions seem to have gained little traction. Moscow made demands, chief among them that Ukraine never be allowed NATO membership. The United States sent a written response to those demands on January 26th..  Russian President Vladimir Putin was not satisfied with the US response, claiming that Ukraine is “creating a threat to itself” by “creating a threat” to Russia. Western allies see this effort to manufacture pretext as part of the Russian playbook.

However, there is some guidance to be found in previous diplomatic efforts. In 2014, with the first Russian invasion of Ukraine in Crimea, European-led efforts spearheaded by France and Germany managed to at least bring Ukraine and Russia to the negotiating table. The Minsk Agreement is the result of this discussion, which has been termed the “Normandy” talk format. The talks were held with Russian, Ukrainian, French and German officials, without involvement of the US and the UK.

Kurt Volker, former Ambassador to NATO and Special Representative for Ukraine Negotiation, has argued that while Minsk is a flawed agreement, the agreement is essential to resolving the current tensions. Two reasons: this is the most recent agreement to which Russia has agreed on Ukraine, and it’s the basis of current sanctions levied on Russia by the EU. Volker sees sanctions as critical to persuading Russia to de-escalate.

There were actually two “Minsk” agreements, Volker argues, as he reminds readers not to let Russia fool them. The earlier Minsk protocol in September 2014 is merely a commitment to a ceasefire, while the Minsk Agreement was signed in February 2015.

Minsk’s key objectives are the following:

However, Russia violated the agreement merely six days after signing it in 2015. Russian military officers are still in service in Eastern Ukraine, assisting the separatist groups in Lushank and Donetsk. Russia has also hindered efforts by the OSCE to monitor withdrawal and ceasefire. The Ukrainians, meanwhile, have tried to fulfill their side of the bargain to the extent reasonably possible.

Aside from the Russian violations, Minsk is also poorly enforced by both Russia and Ukraine. Fred Kaplan, writing for Slate.com, argued that the agreement has aspects that “offends” both sides. The agreement calls for an amnesty to be extended to the Ukrainian separatists, and elections in Donbass that could lead to pro-Russian candidates in the parliament. This invited wide-scale condemnation by Ukrainians, as it compromises Ukraine’s vital national interests.

The Secretary of Ukraine’s National Security and Defense Council, Oleksiy Danilov, believes that a new Minsk brokered by the Europeans could lead to an “internal conflict” that may in fact benefit Moscow. The Ukrainians are not happy with an agreement that offers autonomy to Donbass and amnesty to pro-Russian separatists. Danilov argued that this could result in the destruction of Ukraine.

Addressing key issues in the current Minsk protocol is vital for future talks and to help bring an end to what could shape up to be Ukraine’s forever war. The autonomy or special status given to the Donbass region, which is unacceptable for the Ukrainians, is the key issue to be resolved. One way out of this could be a referendum on Donbass autonomy by citizens of the region, monitored by international observers.

While the Minsk Agreement is arguably a bad deal for Ukraine, there is still hope that diplomacy can defuse the current crisis. The Western alliance needs to help Ukraine keep diplomatic options alive for as long as possible, and to keep Moscow talking, with the hope of getting to real solutions.