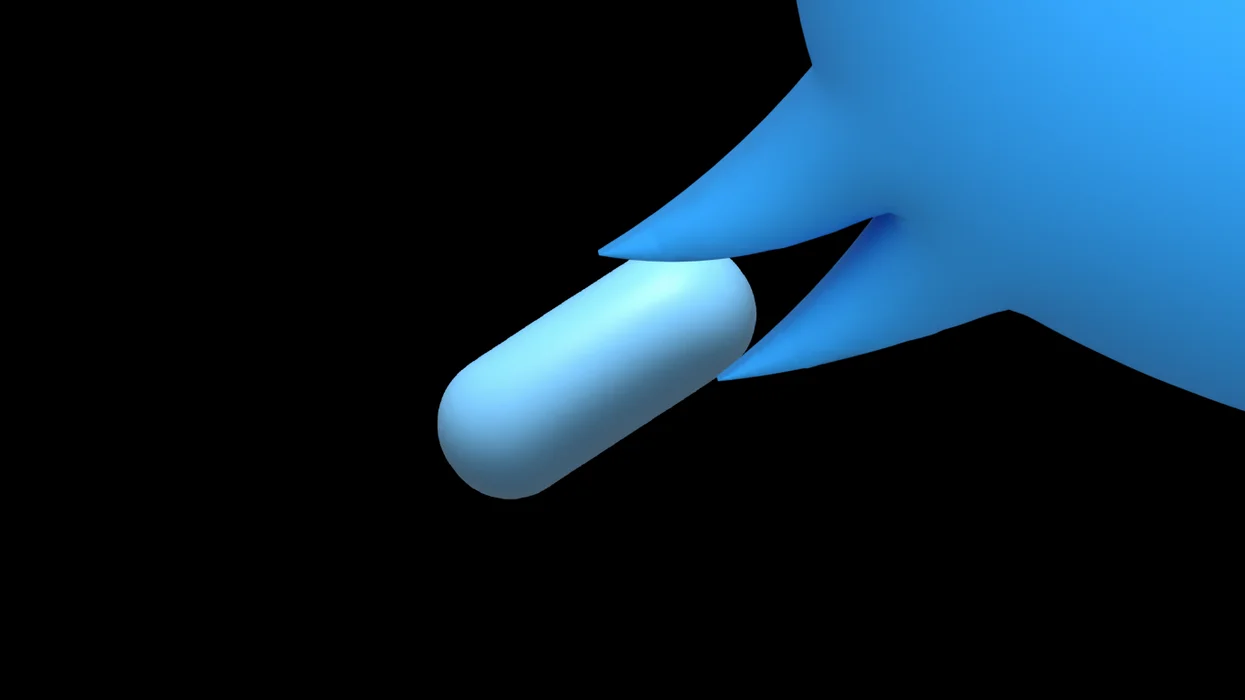 It surely must have felt weird for Twitter’s board of directors to welcome a new shareholder who, at the very first meeting, declared his intention to buy the entire company. That is, with a bid of 43 billion dollars, Elon Musk declared his interest in acquiring Twitter and making it a private company.

It was a pyrotechnical entrance into the company that immediately called for a defensive reaction from board members — including founder and former CEO Jack Dorsey, who has been critical of  the decision to consider selling the company to Musk. Dorsey’s 2.25% of shares gives him a voice in the issue, making him the second biggest internal shareholder…after Elon Musk. The former Paypal co-founder now owns 9.1% of shares, the largest number of shares among internal shareholders.

How could it be that co-founder Dorsey has such a small stake in his own company? Dorsey has an answer to that: 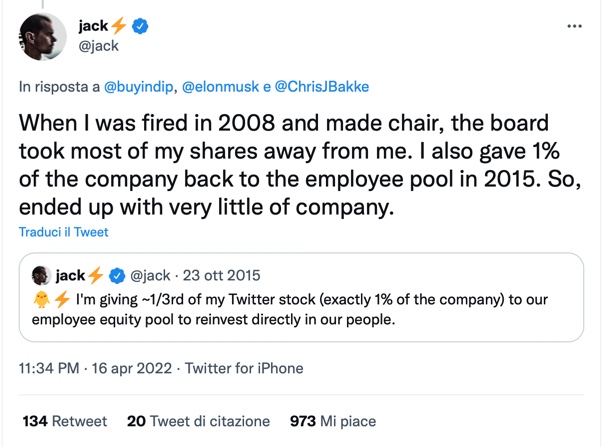 Jack Dorsey is not the only one fearing Musk’s entrance. Following Elon’s bid, the board of directors decided to swallow the “poison pill.” That is, the implementation of extraordinary rules that serve to hinder possible hostile takeovers of the company. During the next year, all existing Twitter shareholders will have the right to buy new shares at a discount price if another shareholder comes to control more than 15 percent of company shares.

Known in financial jargon as the poison pill, the maneuver is used by market-listed companies to defend themselves against so-called hostile takeovers — acquisitions that are made by purchasing enough shares on the market to take control of a company, without approval of the company's board of directors. At this point we come back to Dorsey’s fear, that Musk’s action and full control could break Twitter’s success and drive the company to failure, possibly in favor of new social media companies.

Nevertheless, with Twitter’s board having implemented the poison pill maneuver, it will now be much more difficult for Musk to acquire the company at the price of $54.20 per share. If Musk still wants to proceed with the purchase of Twitter, he would probably have to do so by seeking a deal with the company, and at a higher cost.

Given this dramatic move by Elon Musk, what is at stake for Twitter? It is not about money or possible market competition. It is partly about the concern of Twitter’s board regarding Musk's inclination to reveal the chirping algorithm to the public.

Musk wants to make public the algorithm that selects the contents of Twitter. He says he wants the platform to offer free speech unhindered by any censorship (except what is controlled by law). According to Elon, that "is essential for the future of civilization."

Many disagree. While it’s certainly the case that social media companies have been struggling with efforts to respect free speech while minimizing abuse and disinformation on their platforms, Musk’s control of Twitter threatens to end the struggle. His company Tesla has been dogged by complaints and lawsuits about racial discrimination, harassment and a hostile work environment. And complaints about Musk himself include covid disinformation, retribution for worker complaints, and iron-fisted leadership.

Musk says that he thinks “the company will neither thrive nor serve this societal imperative in its current form. Twitter needs to be transformed as a private company.” A lot of people are concerned about what kind of society he has in mind. And the fact that far-right agitators and GOP lawmakers are thrilled with Musk’s efforts is not allaying their concerns. 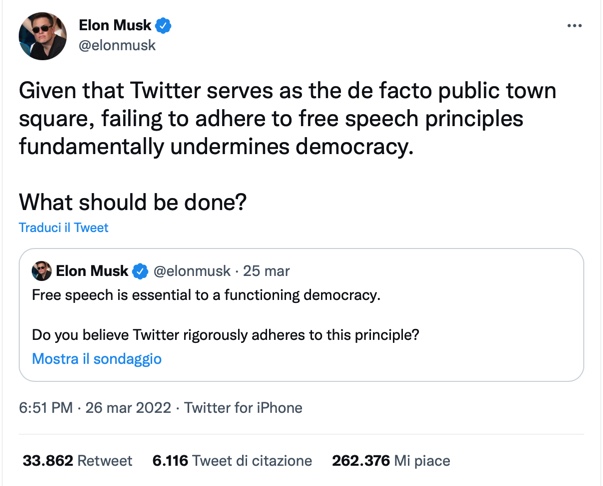 The events rapidly took on political implications. The Fox News network immediately jumped on Musk’s bandwagon — in the name of free speech, they said (or perhaps in order to see Donald Trump back on the Blue Bird). People of this political ideology frequently appeal to the U.S. Bill of Rights as support for their right to say whatever they wish.

Still, the First Amendment does not apply to private companies. This is something made clear by former CTO, now CEO, Parag Agrawal. He framed the company's role as one that should "serve a healthy public conversation” — not “to be bound by the First Amendment."

Let’s see how that works out.