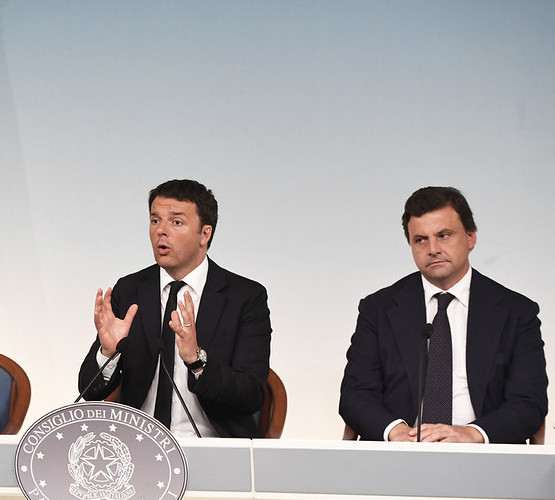 Snap Italian elections will take place in just 41 days. Meanwhile, the political parties are trying, some desperately, to form a valid coalition that could win in the coming election.

Notoriously, the Italian constitution (Art.49) sets the country as multipartite and enshrines party pluralism. But realistically, it has always been defined as a polarized pluralism that simply divides the voters’ choice between the left or right pole. Mostly. Because for at least the last 15 years, centrists have largely determined the stability of Italian governments.

Centrist parties have previously generated the collapse of Italian governments. These include parties such as former minister Matteo Renzi’s Italia Viva, or parties of difficult political collocation in the multi-party system, such as M5S. The sudden decision by one of these parties to separate from the majority and join the opposition causes a seat deficit for the majority that ends with new elections — that is, if a vote of confidence does not save the government. That’s what just happened with Mario Draghi’s very respected government.

The keyword for the coming election on September 25 is compromise. Political compromises are being sought among Italian political parties. From left to right, parties are looking for the best partners in terms of votes, leaving no room for the more urgent discussion of a long term political agenda. It’s a task that would already be difficult, considering the deadline in just 41 days.

As of today, 16 August 2022, this is the state of the three political poles of Italy:

Virtually, this is the strongest coalition: Brothers of Italy (Giorgia Meloni), The League (Matteo Salvini) and Forza Italia (Silvio Berlusconi). Pragmatically though, it can also be considered the most fragile. At the moment there are no particular breaks between the three parties — the parties agree on an Atlantic political agenda, with more funds for retirement (awful, considering Italy’s public debt), and a flat tax. The greatest weakness will likely appear the day a leader (and future Prime Minister) is chosen, because other than that, it is hard to see other obstacles to their win. At the moment, majority rule seems to have been adopted by the three. As stated clearly by Meloni: “If Brothers of Italy will be first in votes among our alliance, then I will be the Prime Minister.”

Carlo Calenda’s Azione pulled out of the left-centrist coalition constituted by Partito Democratico, Verdi (Greens) and Sinistra Italiana+Europa (filo-europeist radicals). The most reasonable option for Calenda now is to jump on Renzi’s wagon and seal the new Centrist political agreement and agenda. The agreement has already been reached by informal means, with both Calenda and Renzi running as the third political pole in order to continue Draghi’s agenda.

Now orphans of Calenda’s Azione, the leftist alliance remains with fewer possible voters and fewer ideas. A weak political agenda that proposes to increase taxation, which has not been well-received by citizens who are already fighting the 23% of imposed VAT. The same old faces of Letta and Bonino cannot appeal to the youngest voters, although this demographic typically provides several votes to PD. Other than Azione, the PD is now also missing the votes of the M5S. There is still a chance for Conte’s M5S to join the left coalition, but that would cost credibility to both parties (M5S and PD) once again.