How Meloni got the attention of the EU and US 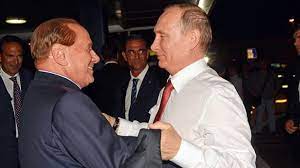 The election of Giorgia Meloni as Italy’s new prime minister has focused the international community. European countries and the United States are now asking: What political path will Italy take?

When current Prime Minister Mario Draghi arrived, it was clear that his government was intent upon strengthening Italy’s role within the European framework and the Atlantic alliance. And they accomplished it in just one year. Now with Meloni, it is not clear the political direction that she and the rest of her coalition intend to take.

Although filo-russian and anti-western feeling has been associated with Giorgia Meloni, it should be said that such disposition has been conveyed primarily by her coalition allies, Matteo Salvini and Silvio Berlusconi. Meloni, on her own, has many ties with Western institutions, and her rise has been projected for some time. Her  plan to get to Palazzo Chigi could not succeed without building the network of international relations necessary for those who must fill such a role. It is undeniable that Senator Adolfo Urso, president of Copasir, worked overseas to accredit Meloni in the upper echelons of U.S. power. Similarly, Raffaele Fitto, member of the European Parliament and co-chair of the conservative European Conservatives and Reformists group, pushed in Europe to have Meloni elected president of ECR. The post allowed her to enter Europe as a major player.

Meloni confirmed her willingness to continue military support for Ukraine, and has recognized Ukraine as a victim of the Russian invasion — a true pleasure for the ears of Washington. On the flip side, the European Commission recently issued a report identifying Hungary as an "electoral autocracy," and proposed cutting funds to Hungary unless the country made rule-of-law reforms. Both Meloni’s Fratelli d'Italia and Salvini’s League in the EU Parliament voted against it. Hungary’s Prime Minister Viktor Orban has also made no secret of his hope that Meloni’s new government will help him lift sanctions on Russia.

Meloni and her coalition will soon have to pick a side when it comes to facts. Executing Western practices will make pro-Moscow feelings fade away, and vice versa. But Meloni needs Europe, especially at the beginning of her first and historical mandate. This is due primarily to the economic crisis resulting from Covid, and it could be a catalyst for a good and better relationship between Meloni and the EU.

Italy needs to remain quiet and support Bruxelles while waiting for a new European investment program for the country. The necessary condition, but also consequence, for receiving the money is that Meloni will have to share more (not less) sovereignty.

Given that, there’s a good chance we’ll see Meloni drawing closer to Bruxelles. Still, at the moment she continues to repeat her assertion that she believes in national law more than supranational, and that Italian law should override European legislation. For such ideas, she is being watched carefully by fellow European leaders. Macron said, in essence, that the Italy Europeans trust is that of current President Mattarella and Prime Minister Draghi.

According to Draghi, it is "curiosity, not concern" that is the prevailing sentiment in Europe toward the new course in Italy. Still, Laurence Boone, the French government's new minister for European Affairs, made clear to Repubblica her position:

"It is important that the Meloni government remains in the European front against Moscow and in favor of sanctions. We will respect the democratic choice of the Italians. Europe must remain united, particularly in dealing with the war Russia has declared in Ukraine, with the sanctions we have adopted. On this point, Meloni has clearly expressed her support for what Europe is doing.

After that, it is clear that we have differences. We will be very careful to respect the values and rules of the rule of law. The EU has already shown that it is vigilant with regard to other countries such as Hungary and Poland."

The French minister, like other European governments, remains cautious, stressing that at the moment there is still no new government in Italy. Let the facts speak, she seems to suggest, while remembering that the European rule-of-law rules apply to all 27 EU members.

We can already tell how closely Meloni’s being observed, as her first critiques on the EU’s National Recovery Plan have been deconstructed by the European Commission. Her outbursts about alleged delays in NRP payments to Italy accumulated during Draghi's government, while a European Commission spokesperson let it be known that Draghi’s team has thus far followed the path originally mapped out in the NRP. The Commission also communicated that any adjustments to the Plan were likely to involve not the agreed reforms, but only investments. And that, in any case, the idea of diverting resources to deal with, for example, high energy prices remains unacceptable.

Giorgia will not be able to blame the EU and Draghi for her political choices in the months ahead.

"Putin plays the egos of big men, gives them a sense that they can play a role. But in reality, they’re just direct transmitters of messages from Vladimir Putin." Think: Trump, Musk, Berlusconi, Schroeder, etc. https://t.co/e0RhntC5OW