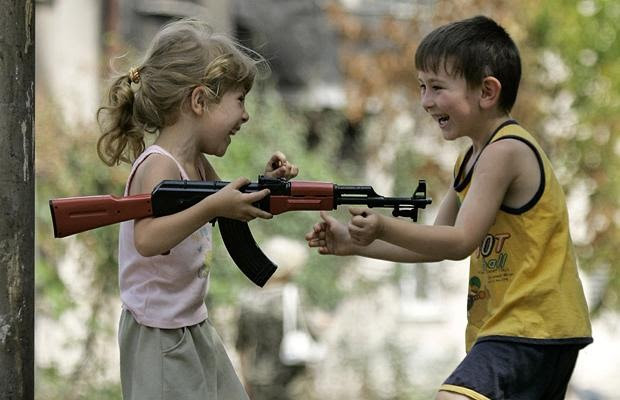 “One day since the last mass shooting.” That’s the banner on one of the websites tracking mass shootings across the U.S.

On the 29th of May 2022, five different mass shootings were reported: Phoenix (AZ), Henderson (NV), Merced (CA), Taft (OK) and Chicago (IL). Put another way, on that single day, the absence of gun control in the U.S. cost the lives of 2, while injuring 28. All that in just 24 hours. Those statistics look even more horrific when considering the events in Uvalde, Texas a few days earlier: an 18-year-old white male slaughtered 19 young children and 2 teachers with two brand new AR-15 bought on his 18th birthday. Another 17 people, 11 children, were wounded.

According to the Institute for Health Metrics Evaluation, the U.S. stands out in developed countries with an annual ratio of 4.0 deaths per 100.000 people. To see that from a different angle, the Palestinian territories have a 4.7 ratio.

These numbers seem they could have come from a day of Russian bombing on Ukrainian territory. But that’s an invasion and a conflict, and this is modern everyday life in America. And the issue is not restricted to just this recent period. Looking back over American history, mass shootings have always been a problem. Michael Moore was one of the first to document and report on U.S. gun control, providing the international audience with a deep analysis of the situation. His Bowling for Columbine (2002- 2003’s Oscar Award) is a must-see for a deeper dive into the topic.

Uvalde is certainly not the first shock from gun violence that U.S. citizens have had, though up until now there still has been no major gun control legislation. That’s the thing that distinguishes the U.S. from many other developed countries. Australia, Canada, Norway and Scotland all experienced mass shootings, and then restricted gun access immediately after.

Australia is a good case study. After the tragedy of Port Arthur in 1996, where a shooter killed 35 people, strict regulations on guns took effect. The Australian National Agreement on Firearms banned the use of automatic and semi-automatic rifles, instituted the requirement of license and registration, and also implemented a temporary buy-back campaign that saw the return of about 650,000 weapons. Now, Australia has more guns than in 1996, but the rate of deaths by guns has plunged.

The European model should also be mentioned, given the similarities with the U.S. in level of democracy and development. Historically, EU countries have always put strict regulations on gun ownership, generally admitted in “special circumstances,” and only after license, registration and psychological assessments. The level of general attention and action was quickly raised after just two casualties with a 2015 gun massacre in Paris, and one in Munich in 2016.

And in Italy, only three types of licenses are issued for gun ownership: for hunting, shooting sports, and concealed-carry — the last being very rare and the most difficult to obtain (also given the speed of Italian bureaucracy). In order to obtain any of the three licenses, one must show mental fitness, an absence of any negative criminal record, and substance abuse. A concealed-carry license is given only after the individual has legally proven the need for protection from an existent threat to life.

Finally, Asian culture has even more strict regulations on guns. However, the high rates of corruption and black markets still permit a breach of the system through local and international smuggling. That’s the case with both Cambodia and Vietnam, countries that have a ban on gun ownership but that still see firearms crimes due to unregistered guns.

All of these countries implemented checks and balances and effective restrictions following high-profile casualties. So why has the U.S. proceeded so differently?

No other country has the active gun culture and powerful lobby mechanism (i.e., the National Rifle Association) that we see in the U.S. The political and historical barrier in the U.S. that blocks any change in gun control dates to the 17th century, to the time of the first pilgrims and colonization. The U.S. political creed of gun ownership is based in part in the anti-military attitude of radical English politicians (specifically of Whigs). The early U.S. gun culture developed as a counter to the restrictions of “English freedoms” (i.e., an anti-military and anti-gun attitude) and the decadence of its military forces with a new country that believed in civic trust and armed men. In other words, the American colonists and founding fathers were fighting the oppression of European (and especially British) monarchies and their armies, which did not allow private citizens the same rights to possess guns.

In the US now, there's little doubt that the NRA's campaign contributions to GOP politicians has made it possible for them to effectively own GOP votes on gun legislation. But there's perhaps an even bigger issue that's blocking gun reform. The GOP and NRA together identified gun ownership as an effective wedge issue in US politics. Together, they lobbied American voters hard, convincing them that unlimited gun ownership was their God-given right. They were so successful that there is now a hardened "gun electorate" in the US. And the GOP can't give in to calls for gun reform without losing all their votes. That's the real problem.

“A well regulated Militia, being necessary to the security of a free State, the right of the people to keep and bear Arms, shall not be infringed.”

That’s the Second Amendment to the U.S. Constitution. It’s not difficult to see that advocates of unrestricted gun-ownership in America are quoting from it selectively. What America has now is anything but “well-regulated.”

The inherent contradiction of a country that is one of the most modernized in the world, but is still tied to old, self-destructive political heritages, speaks to the need for proper cultural reform rather than simply new legislation.