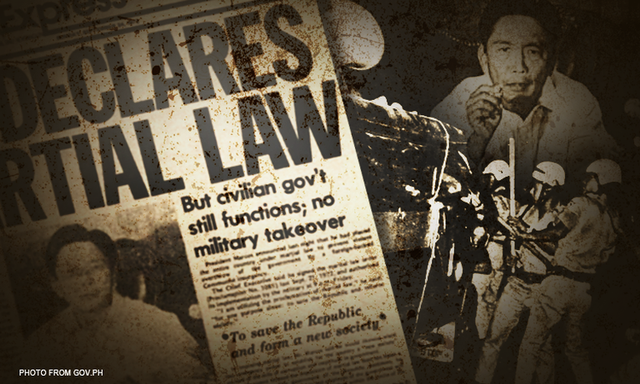 On May 9th, 2022, the Philippines hosted its Presidential election contest between current Vice President Leni Robredo and Ferdinand Marcos Jr. Marcos is the son of Ferdinand Marcos Sr, dictator of the Philippines from 1965 to 1986 — a regime marked by kleptocracy, corruption, brutal suppression of dissent, and excessive extravagance that stood in sharp contrast to the struggles faced by everyday Filipinos. Marcos Sr was ousted in a “People’s Power” Revolution in 1986, and the family fled into exile.

In a result that was expected, though it distresses many, Ferdinand Marcos Jr is now President-elect of the Philippines.

Marcos’s victory caps off an extraordinary campaign by the Marcos family to rehabilitate the family image and return to power. In 2011, as Senator, Ferdinand Marcos Jr argued for his father to be buried in the Philippines Cemetery of Heroes, saying that it would help the Philippines to “close a chapter” in their history and unify as a country. In 2016, as the Philippines approached the 30th anniversary of the People Power revolution, many Filipinos began to look back at the Marcos Sr era, mistakenly remembering it as a period of peace and prosperity. Many forgot or just overlooked the brutality of the era, and imagined the Philippines as having then been a respected leader in Asia.

The election of Rodrigo Duterte further amped up the misguided nostalgia over the Marcos Sr years. Duterte’s 1988 election as mayor of Davao City was helped by cronies of Marcos Sr, who sought to regain a foothold of power in the Philippines. In 2017, Duterte returned the favor by commemorating Marcos’s birthday in Ilocos Norte, and by campaigning to move Marcos’s body to the heroes’ cemetery. Polling data suggested that the majority of Filipinos were open to that idea.

Then in 2020, the northern province of Ilocos Norte, where the Marcos political power base is located, passed a bill commemorating September 11th (the birthday of Marcos Sr) as a permanent holiday. This further solidified a revisionist rewriting of the reality of the Marcos regime for the country’s new generation, who had no direct experience of the horrors of those years.

In the period after Filipinos retook their democracy in 1986 until the present day, the country has been mired in corruption, governance failures, economic ups and downs, and security threats emanating from the violent Islamic separatist group Abu Sayyaf. Despite the government’s promises of equality, no administration in the Philippines has successfully attempted to rebalance the wealth of the rich landowning class in the country with the needs of the poor. Lack of quality education, political apathy and a penchant for pop culture and well-known names have all contributed to making voters vulnerable to the bait of social media campaigns such as that of Marcos Jr.

Through whitewashing and blatant sharing of false information, Marcos Jr has used the power of social media to influence voters. Many TikTok videos circulated portraying the Marcos Sr era as a period of bliss and respect for the Philippines. “We don’t believe in history books anymore, we have social media now,” said one young woman who was taken in by the campaign propaganda. With an army of online trolls, Marcos Jr targeted disenchanted youth with promises of a return to an era when many young voters were not yet born. Clips of Marcos Sr and his wife Imelda were juxtaposed with 21st century pop music. Marcos Jr himself was portrayed as a loving family man. Influencers were paid to target their followers with messages of support for Marcos. With most registered voters in the Philippines under 40, and with TikTok being used mostly by younger audiences, Marcos Jr’s strategy worked. They don’t remember anything about the martial law era, as this was also not taught in schools. The Marcos campaign effectively rewrote the legacy of his brutal dictator father.

The decision of the Filipino majority to vote for Ferdinand Marcos Jr should ring alarms about the threat to democracy and rule of law in the region. According to Freedom House’s 2022 Freedom in the World Index, Asia as a whole (not only Southeast Asia) experienced a rapid decline of democracy in 2021. Myanmar and Thailand suffered military coups in the last decade (2021 and 2014 respectively), Afghanistan faced the oppressive regime of the Taliban once again, and Hong Kong’s democracy has been fully dismantled by the Chinese authorities and pro-Beijing politicians in Hong Kong. The biggest catalyst of democracy’s decline in Asia has been the pandemic, where governments are given power to act in whatever way they deem necessary to safeguard public health. This has led to a blatant abuse of power, with any breach of COVID measures often used as justification to crack down on opposition.

In the Philippines, Rodrigo Duterte ordered a lockdown that would eventually last for 80 days and was among the longest and strictest. Duterte ordered his police to “shoot dead” anyone who protested the lockdowns. This included those protesting against job losses or food shortages, who were met with violence and arrest by authorities. At the same time, Duterte pushed for an anti-terror bill that included a definition of terrorism sufficiently vague that it could be used to crack down further on dissent and opposition.

In Asia, there are no supranational organizations (such as in the EU) that can pressure states and call out violations of human rights and civil liberties. China, arguably now the most influential country in the region, is a frequent human rights violator and has promoted a policy of “non-interference” in the abuses of other states. ASEAN has also made non-interference their core principle. ASEAN’s claims of being a community of values is actively undermined when three of their member states (Philippines, Thailand and Myanmar) are each led by an authoritarian government and a military junta.

Other ASEAN member states such as Malaysia, Singapore and Indonesia are also experiencing massive democratic backsliding. This was primarily driven by forces similar to those that led to Marcos Jr’s election in the Philippines — dissatisfaction with the status quo, and the erosion of idealism that had previously led to democratic changes.

In Malaysia, the reformist government that was committed to fixing the country in the aftermath of the ouster of Prime Minister Najib Razak (who was indicted for a massive corruption case) lost its governing coalition, as some members crossed the floor. Malaysian politics relies on continuity, stability and a huge concentration of power in the Prime Minister’s office. Malaysian democracy is ill-equipped to face the seemingly musical chair-like occurrence of changes of governments in power. As with the Philippines, this led to a resurgence in the popularity of Najib Razak, despite his corruption.

In Indonesia, the disenchantment of the students and working class is palpable. The election of Marcos should be a warning for Indonesians to know their history. Voters are disenchanted with the government, which they perceive to be working for foreign interests and pursuing investment opportunities rather than addressing the people’s needs. The pandemic has also led to draconian anti-fake news laws that are very vague and have the potential to be misused by authorities. In April 2022, students protested against the possibility of President Joko Widodo running for a third term, despite his refusal to run. This has led to a dangerous wave (although still a small wave) of nostalgia for the Suharto military dictatorship era. This could be realized by Prabowo Subianto, a former Army general indicted in US courts for human rights abuses. While not universal, this yearning for strongman rule should be taken seriously. The Solidarity Party of Indonesia published an Instagram video on the eve of the 1998 May anniversary riots in Indonesia, warning young people in particular to heed the example of Marcos’ victory — to understand the country’s history, especially surrounding the fall of the Suharto regime.

The Philippines election is a concern not only for Asia, but for the world in general. The victory of Ferdinand Marcos Jr is a warning sign of the fragility of democracy. Democracy in this part of the world has no defenders. In Asia in particular, rising discontent against governments for their failures and deteriorating economies creates an opening for authoritarian nostalgia. The Philippines is the first to crumble under the weight, bringing Marcos Jr to power. While we can’t yet know how he will govern, the forces that have brought him to power are those that Southeast Asia cannot ignore.