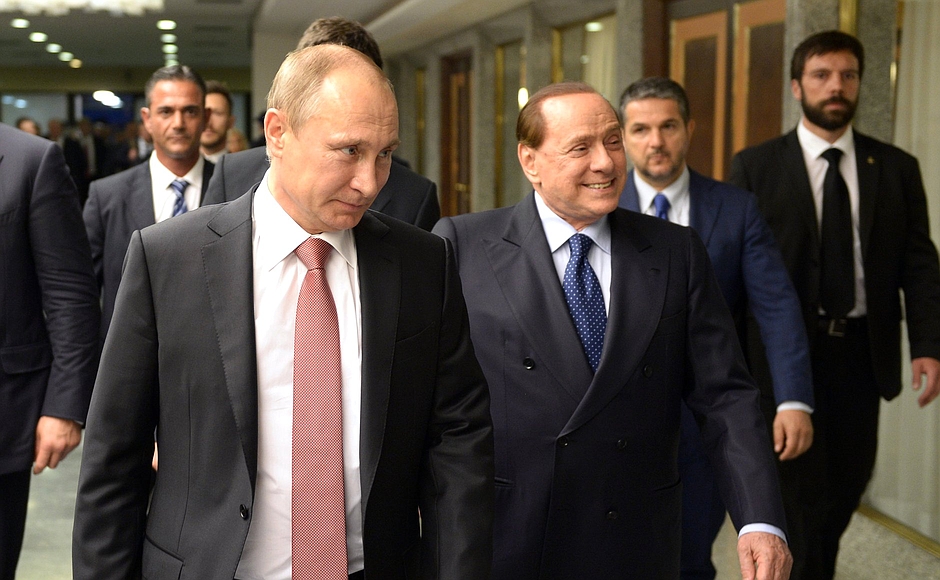 Two days after the Russian “partial” military mobilization, Berlusconi (at the apex of Italian elections) has made a political U-turn in support of long-term ally Vladimir Putin.

This is in complete opposition to his earlier position on the Russian invasion of just a few months ago. His new statements pose new questions on the foreign policy position of the “centre” right coalition of Berlusconi, Giorgia Meloni and Matteo Salvini, and on Italy's reliability with respect to their support for EU, NATO and democratic values.

Berlusconi's political U-turn was not the first red flag coming from his coalition during the campaign:

PartIto Democratico's leader, Enrico Letta, has more than once voiced his concern about Russian interference in Italian elections, alleging that the League has not cut ties with the United Russia party that supports Putin.

And there is much in Matteo Salvini 's political history that raises grave concerns about his support for Vladimir Putin:

In the early 2000s, Berlusconi was the only Italian ally Putin could count on. Now the sItuation is dIfferent, as Putin has been able to expand his network. And his supporters are more outspoken:

I start my book #Strongmen with the Berlusconi-Putin partnership. I recount 10 years of pushing Kremlin talking points while Italian PM and taking over Italy's Russia foreign policy personally to better cover up his dirty deals (which is likely why there is no Italian edition). https://t.co/ii5F4pbr3A

As 🇮🇹 approaches its election it should not be forgotten that Silvio Berlusconi joined Vladimir Putin in visiting Crimea after it had been occupied and annexed by 🇷🇺, explicitly endorsing what 🇪🇺 has unanimously condemned. pic.twitter.com/aUForrtc2r

Salvini, Berlusconi and Meloni all rapidly trying to pretend their past support for Putin’s wars never happened.