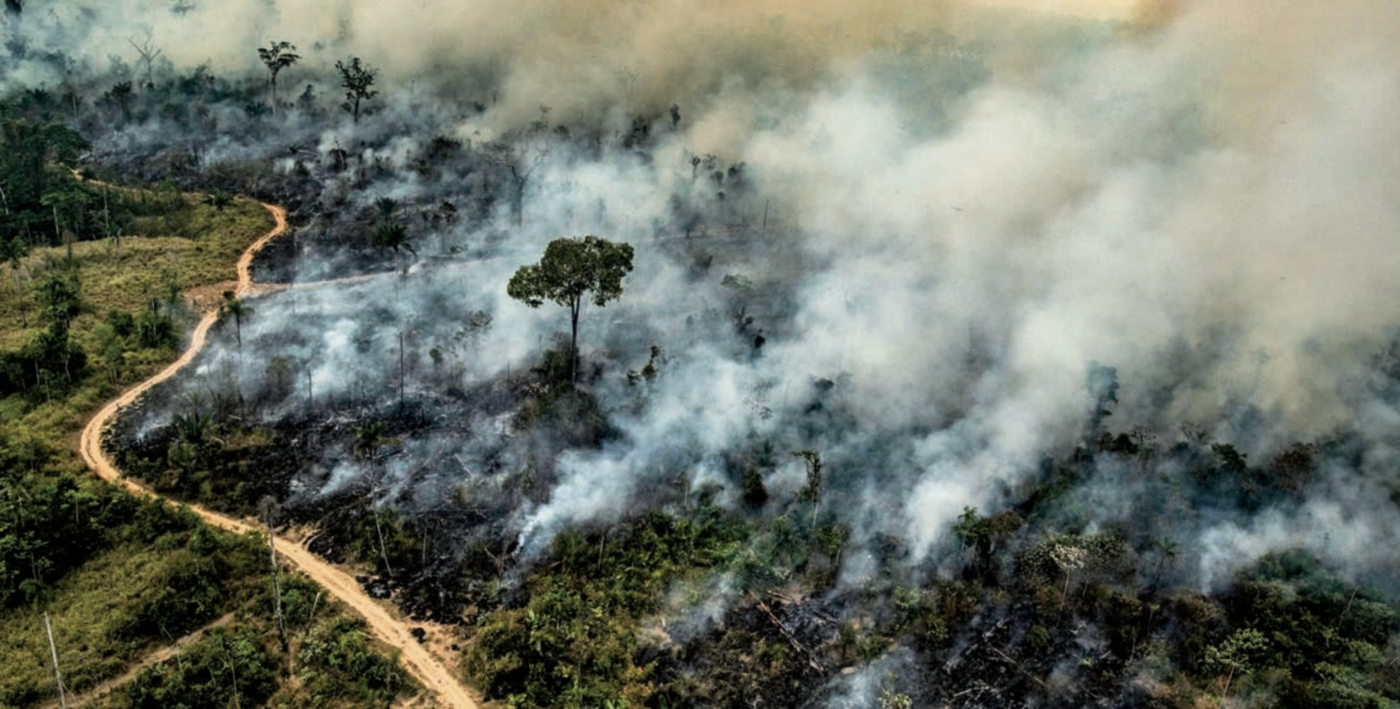 Brazil has begun its electoral countdown. In October, a new President will determine the country’s future — and ours too. Brazil is considered the “lungs of the world,” with the Amazon rainforest providing tons of oxygen for the entire globe. The current Bolsonaro mandate has put the forest at critical risk, as this President has propelled the increase of deforestation in Brazil.

According to a Greenpeace report, “Dangerous man, dangerous deals,” since 2019 (first year of Bolsonaro’s mandate) deforestation of the Amazon increased by 75.6%, forest fire alerts rose by 24%, and the South American country's greenhouse gas emissions rose by 9.5%.

The Brazilian president's political agenda has worsened the condition of ecosystems that are precious to the health of the planet. It has also injured the many Indigenous Peoples who struggle to protect them. Despite this, the EU has continued to do business with Brazil, and dusted off the EU-Mercosur trade agreement that risks flooding the European market with products linked to deforestation and human rights violations. These include meat and the favoring of other sectors that aggravate the climate crisis.

NGOs such as Greenpeace, but also prominent voices like Leonardo Di Caprio, want Bolsonaro out for the sake of our planet. Di Caprio has recently criticized the President and tried to raise awareness on the importance of the coming elections.

"Brazil is home to the Amazon and other ecosystems critical to climate change.

What happens there matters to us all and youth voting is key in driving change for a healthy planet."

Bolsonaro replied with much sarcasm, thanking Di Caprio for raising awareness of the elections, saying that “it is really important that every Brazilian vote this year.”

But the deterioration of the Brazilian ecosystem is not just Bolsonaro’s fault. Our cravings for meat are worsening the conditions in the Amazon. Despite intentions and proposals that foresee the decarbonization of the cattle and meat supply chain, some beef producers are still not tracking cattle origins. And the country has not yet produced a law that specifically prohibits the purchase of cattle from illegally deforested land.

So who will save Brazil, this country so relevant to the world's climate?

The chances that it could be opposition candidate and former left-wing president Lula (Luiz Inàcio Lula Da Silva) are not just rumors, despite the fact that Lula has not yet formally taken part in electoral rallies. According to a poll on the voting intentions published by pollster FSB Pesquisa, Lula has 41% of support ahead of the October elections, compared with 32% for current president, Jair Bolsonaro. It is true, however, that Bolsonaro has reduced his disadvantage over Lula by five percentage points since the previous March forecast.

It may seem very clear that Lula will easily overtake Bolsonaro. Unfortunately, Brazil is not a transparent democracy, and politics do not always run as transparently as they may seem. As a matter of fact, the Brazilian government has ruled out the presence of EU observers at the coming October presidential elections, in contrast with an offer by the president of the Superior Electoral Tribunal (TSE), Edson Fachin, to invite EU emissaries to witness the election results. Fachin's proposed initiative comes amid criticism of President Bolsonaro, who has repeatedly disregarded the risk of fraud and claimed that some judges would like to favor the victory of his opponent, former President Lula.

According to the current Foreign Minister: “...it is not in Brazil's tradition to be assessed by an international organization of which it is not a member.”

Brazil also risks facing a “Capitol Hill 2.0” if Lula wins. Similar to his close friend, Donald Trump, Bolsonaro has stated that only God’s will can take him away from power. A political dejà vu, possibly with different results. Brazil’s rule of law is weaker than that of America, while the population is much closer to religion than in America. Therefore, Bolsonaro acting under “God’s will” could be taken seriously by his supporters, ready to defend their President at any cost.

Yet, as Di Caprio noted, Brazil and her youth have much to demonstrate to the world. With Brazilian youth in the lead, the fifth biggest economy in the world must show that climate should be a top priority in every political agenda. A greener Brazilian economy could become a real role model for other South American economies.