Can the EU seek a palm oil reset, and still protect orangutans and ensure sustainability? 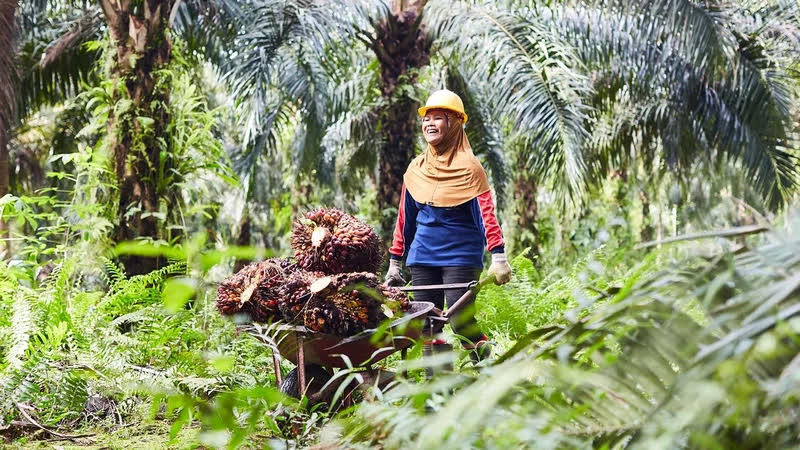 As Russia continues to pulverize Ukrainian cities and kill its civilians, there is a looming problem that has been given little attention. While the discussion over the ramifications of the war has focused on the global economy and Europe’s security infrastructure, less attention has been paid to the potentially dangerous global food shortage. Europe would face the brunt of the shortage if alternative sources for food commodities are not found. This includes fertilizers, wheat, and most critically, sunflower oil.

The biggest exporter of sunflower oil to the European Union right now is Ukraine. After signing the Association Agreement, Ukraine is now part of the Deep and Comprehensive Free Trade Area with the EU, alongside Georgia and Moldova. This agreement grants access to the European single market, and this helps to double Ukrainian sunflower exports, benefiting EU consumers by lowering the price of sunflower oil in the EU market. Ukraine’s exports are also supported by the growing trend of using more and more healthy ingredients in food processing.

In a press release on March 24th, FEDIOL outlined the steps being taken to mitigate the loss of Ukrainian sunflower oil. Frying oils, the most commonly used being sunflower oil, are in the process of being substituted with palm oils, soybean and rapeseed oil. EU authorities are also urged to relax their usually stringent food-labeling regulations in order to accommodate the needed flexibility. Most crucially, they called on the EU to avoid restrictions, interventions and meddling in the market in order to keep an already-volatile situation from getting even worse.

Some say that the precariousness of the situation in Europe should ideally lead to a “reset” in EU views on palm oil. The EU recently revised its Renewable Energy Directive to include palm oil as a banned commodity, claiming that palm oil contributed to extensive deforestation in Indonesia and Malaysia. By this announcement, however, the EU has all but declared war on small palm oil farmers and exporters in both countries. The directive’s interpretation of “sustainable” palm oil production is somewhat vague, rendering the concept open to interpretation by EU authorities.

The actions of European authorities seem to many to be counterproductive. They have  severely hampered efforts by palm-oil producing countries to invest in new infrastructure that could serve to re-address current practices in order to achieve sustainability targets for palm oils. Indonesian and Malaysian authorities have already made significant efforts to conserve and introduce re-forestation measures. In 2021, only 19,000 hectares of land were cleared for palm oil development, compared to 74,000 in 2018 and 90,000 in 2019. Most importantly, the authorities in both countries have made meaningful strides to introduce stricter procedures in order to gain sustainable palm oil certificates from national authorities and from the RSPO (Roundtable For Sustainable Palm Oil).

Concern surrounding the habitat of orangutans, which has been the focus of so many conservationist campaigns, are also being addressed. RSPO certification prevents palm oil plantations from clearing forests on peatlands, which is the ideal habitat for orangutans. RSPO also demands that growers preserve and protect areas with high conservation value.

Mr Dupito D. Simamora of the Council of Palm Oil Producing Countries tweeted that the current position of the EU with regard to palm oil is "detached from reality", and he lamented the failure of the EU to seize the opportunity to work together with palm oil partners. The general feeling is that both countries have worked hard to rectify the labour and deforestation issues, but see little reciprocity coming from European authorities.

There is also the sentiment that while the EU is concerned about deforestation in Indonesia and Malaysia, they ignore the fact that most of the vast forests in Europe are now gone, having been eradicated for agriculture. Those trees have been chopped down to make construction materials. By focusing so much on deforestation for palm oil, the EU ignores current and future drivers, such as palm plantations for timber. In addition, the EU is still exporting commodities that are themselves harmful to the environment, such as soy, dairy and meat.

The messages being presented by European diplomats in the press are also problematic. Then-EU Ambassador to Singapore, Barbara Plinkert, argued that European consumers demand sustainability and guarantees that a product is environmentally friendly. While Plinkert asserted that there is “no ban” on palm oil, it is undeniable that the recent EU F2F (Farm to Fork) strategy, which purportedly aims to integrate food safety in the production chain, will make it more difficult to import palm oil to the European market.

The current Ukraine crisis has brought yet more chaos to the supply of sunflower oil in Europe. This could be an opportune time for the EU to reconsider its stance on palm oil. With the dwindling supplies of so many food commodities that are likely to lead to food shortages, protectionist policies seem very unwise.

Mr Pietro Paganini, an Italian supply chain expert, has lambasted the EU for unilaterally cutting off palm oil without preparing for an alternative, pointing out the unintended consequences. Paganini wrote that the decision appeared to be “emotionally driven” and not based on science. He sees sunflower oil as a less than credible alternative to palm oil, as it requires a great deal of land and can only be harvested once a year.

In the months ahead, we may have the chance to see whether the EU can work with palm oil producing countries to find solutions that address the wide need for palm oil, the economic needs of the producers, and real concerns around orangutan habitat and sustainability. Many are hoping.