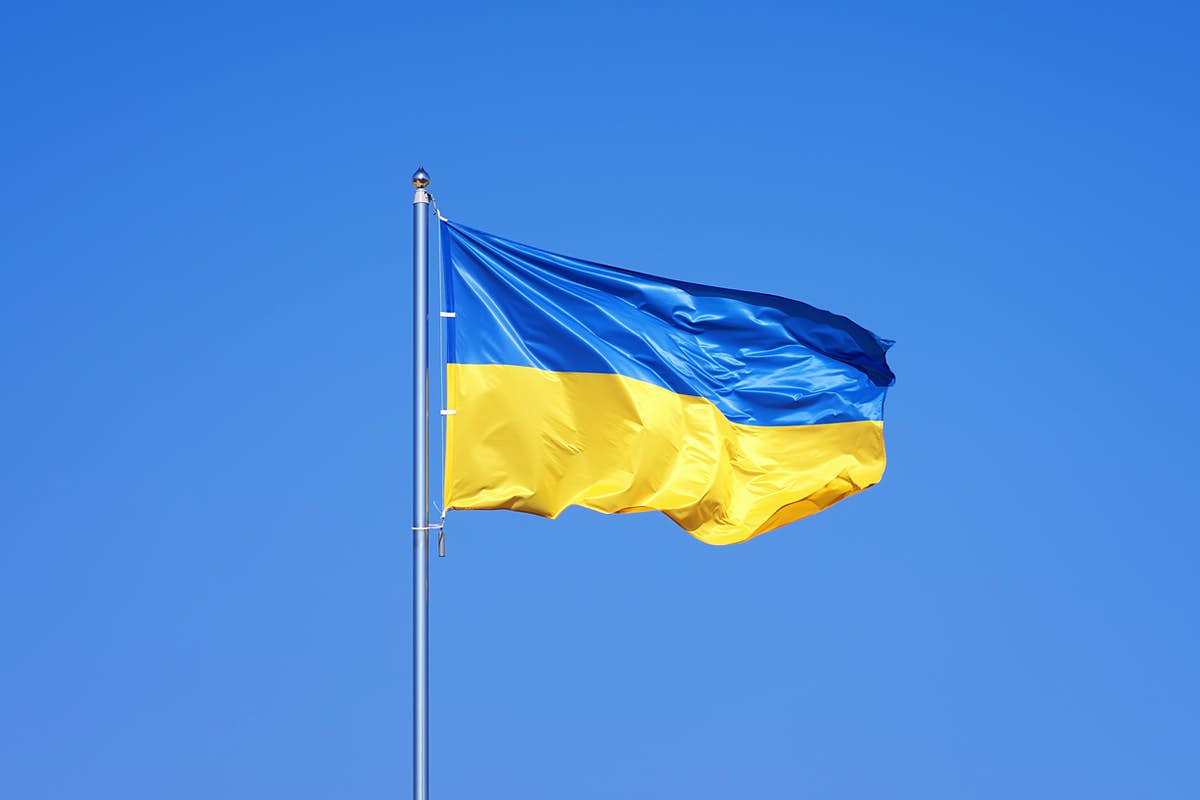 There’s little need to add much to the reporting of events in Russia’s assault on Ukraine. The internet and the rotogravures are already flooded, and so is public opinion.

But there are plenty of questions still to be considered. For instance: are we seeing the same reporting and attitude around the world? Not really. The brutal invasion has evoked different feelings on different continents, both from observers and from governments. And some seem strangely keen to defend Russian actions.

This can be a top-bottom process, as in the case of China. The top (i.e., the government) abstained from voting on a UN Security Council resolution condemning the Russian invasion, but also did not condemn the invasion. The Chinese foreign minister, Wang Yi, has been cited in both Chinese and foreign media for his statement of sympathy towards Russia, as he “understands the Russian preoccupations and fears with respect to the Western actions.” Moreover, Beijing informed state-owned Chinese media that it must refrain from “Russophobic” storytelling and coverage regarding the current invasion. Despite this approach, there is little that China can do to help Russia. The Chinese sovereign debt is growing, and Beijing cannot allow this to increase by financing the isolated Russia. The “unlimited” friendship declared during an earlier meeting between Putin and Xi Jin Ping at the Olympics is now revealing its limits.

In a similar but more subtle way, the Iranian government and media seem keen to support and sympathize with the Russian invasion in Ukraine. The Iranian news agency Fars reported the words of Foreign Minister Khatibzadeh: "NATO's continuous provocative actions, led by the US, has caused the current situation in Eurasia.” Iranian media are following this point of view, hailing Russian actions and blaming NATO. It should be noted that, as with China, there is limited press freedom in Iran.

The narrative is obviously altered when it is told by the invader. The United Kingdom recently labeled Russia’s RT news a tool of Kremlin disinformation, and the UK Office of Communications suggested that a review of RT’s license in the UK was in order. On Thursday the 24th, Roskomnadzor, the Russian federal organization responsible for censorship and media control, warned Russian media with a statement requiring that any information published about Russia’s “special operation” in Ukraine was to be based on information “only from official Russian sources.”

Western and Atlantic-aligned media covered the events with the expected condemnation of President Putin, recognizing Ukraine as the victim. Elsewhere in the world, however, there was plenty of silence and equivocation. The reasons are sometimes ideological, and sometimes practical. That is the case with India. Russia has been India’s largest weapons supplier, and there are hundreds of Indian students stranded right now in Ukraine. There is also the concern that if India were to condemn Russia’s actions, Russia could move closer to Pakistan (which embraced Putin at the start of the invasion). But despite those understandable concerns, Modi’s government is itself becoming increasingly authoritarian. And with an eye on potential aggression from China, it likely seeks and maintains support wherever it can get it.  So the Modi government has not yet spoken transparently about the situation in Ukraine. Consequently, Indian media are reporting events without much censorship or sign of bias. Modi’s future actions will likely determine the reporting attitude of the national press agencies.

And there are other holdouts in the effort to gain global consensus on Russia’s invasion. South Africa has strong business ties with Russia. Uganda and Sudan are dependent on Russia for military supplies. And Brazil gets most of its fertilizer from Russia. As a large agricultural producer, Brazil is heavily dependent on that.

Despite the waffling from those countries, the conflict is renovating and strengthening the cohesion and synergy of western allies. The common sense shown by Western allies in agreeing to remove Russia from SWIFT banking transactions is something unexpected. As a matter of fact, at a corporate and private level, many countries have businesses with Russian entities. In the past these partnerships had been an internal problem for the Western alliance. Members that conducted business with Russia refrained from economically punishing private Russian companies. A quick FYI: sanctions target the government, citizens and private entities, while the SWIFT ban targets more directly the companies.

Condemnation of the Russian invasion is just not a matter of international relationships and diplomacy. It is, first and foremost, a movement coming from the grassroots — that is, the citizens. Thousands of people took to the street in the past week to protest against the brutality of Vladimir Putin. Enormous peaceful protests were seen in Berlin, Geneva, London and Sydney — as well as in Bern, Sri Lanka, Milan, Istanbul, Rome, New York, Washington DC, Tokyo, Madrid, Tel Aviv, Lisbon, Santiago, Beirut, Athens, New Delhi, Seoul, Frankfurt, Berlin, Athens, Prague, Los Angeles, Helsinki, and elsewhere.

From a diplomatic point of view, NATO and Europe are working together, but their task in stopping the conflict and saving Ukraine is not easy, nor will it prevent future backlashes. NATO has to move carefully: any powerful push by NATO in Ukraine could trigger a Russian response at full effect against the allies. That explains their reluctance to impose a no-fly zone over Ukraine until now. If imposed, Russian jets could easily break the ban, and NATO jets would have to take them down. This could well ignite a domino effect: NATO attacks Russia, Belarus defends Russia, NATO replies to Belarus and Russia. At this point, we are not able to forecast the possible reaction of China and India to such a bold move by NATO.

On the United Nations’ side, things are much more complicated, given Russia’s seat on the UN Security Council. The UNSC has the responsibility for peacekeeping within the collective security system — by diplomatic means, economic sanctiosn or military force. We are talking about one of the main organs of the United Nations, composed of 15 members, 5 permanent (China, France, United Kingdom, Russia and United States), and 10 others elected every two years by the United Nations General Assembly. The Assembly is the plenary body constituted by the 193 Member States. The Assembly covers any matter within the purposes of the UN and submits recommendations to States, members and non-members of the body. Each member has power of the vote by the principle of sovereign equality. Permanent members, like Russia, have veto power, which effectively means the power to prevent adoption of any decision by the Council. Therefore, it is pretty much impossible to expel Russia from the UN, or even for the UNSC to take action against its aggression.

However, as in the case of South Africa or Libya, there are still ways to diplomatically hit Moscow. As Blinken recently suggested, removing Russia from the Human Rights Council and Charter must now be considered. Despite an overwhelming demand by the UN General Assembly that Russia immediately withdraw its troops from Ukraine, Moscow continues the invasion, emboldened by its permanent seat on the Security Council.

From the European perspective, the focus had originally been more on diplomacy. But with Russia escalating its aggression on Ukraine, radical changes have begun. Germany, for the first time since WWII, is sending military aid to another country at war, and is now stepping up investment in its own army and defense (to 2% of its GDP).  The ongoing events are also pushing the EU to formalize creation of the much-discussed  European Army. Also, we have never before witnessed the EU giving weapons to a country at war, but it is now happening for Ukraine. That is a particularly American approach, a very diffuse method of administering and controlling foreign policy (Afghanistan and Iraq are the latest examples).

But Europe may face complications in the future for its decisions now with EU membership for Ukraine. While the procedure to join the EU normally takes several years, the European Commission recently prepared a fast track application process for Ukraine, signed on the 3rd of March. Boring and long bureaucracy? Actually, no. When a country requests to be admitted, the EU observes the state for years to see if it complies with EU standards in economics, human rights, trades, freedom of speech, inclusion, public administration, and so on.

Take the example of Ukraine, a country devastated not only by Russian aggression but also by corruption. President Zelenskyy has been making enormous efforts at judicial reform in order to purify the law and legal institutions from corruption. But the European haste in fast-tracking Ukraine’s EU accession has already created a precedent. Moldavia has now asked to join Europe by a path similar to that of Ukraine. Therefore, either Europe decides to maintain its measured and rigorous membership procedure and take a step back from any fast-tracking, or in the future Europe will have the duty to admit anyone under extenuating circumstances — which can break the diplomatic checks and balances of the Commission, and lead to EU fragmentation.

But these are indeed unusual times in which we find ourselves. Ukraine needs the support of the EU right now — in fact, of all democratic nations. What’s more, it can hardly be said that all EU member countries are fully democratic and completely free of corruption.

Together 🇪🇺🇺🇸 have deployed sanctions in record time.

The rouble is tumbling. Inflation has risen in Russia. Banks are cut-off from global markets.

Now, one after another, Western companies are stopping production, investment and sales. https://t.co/6yMdJU48Vr