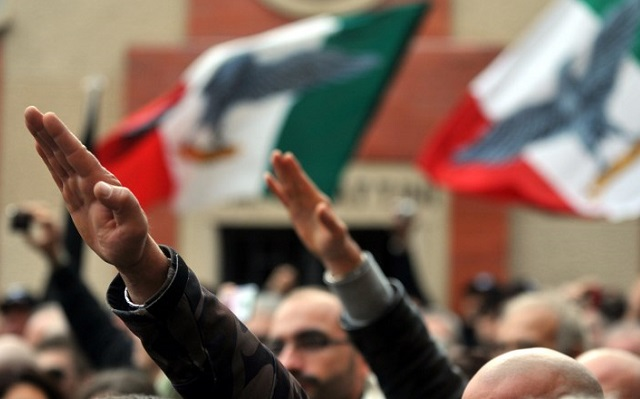 “Fascism is not an opinion, it is a crime”
Sandro Pertini, 7th President of the Italian Republic

Italy is living through a transitional stage with the new government, which easily leads to confusion and misjudgment. That’s the case with the Modena rave party and the fascist march in Predappio this past week. The two events, which happened on the same day, have raised frustration and malcontent, as if a fascist protest could be comparable to a rave party. The two events convey very different problems.

Unfortunately, the Italian media blender decided to compare the two events in such a way as to focus the audience, generate more clicks, sell more journal copies, or just get attention.

So what’s the point of convergence between a rave party and a fascist commemorative march? The gathering of people and assemblies. Following the rave party in Modena, the Italian Minister of domestic affairs Matteo Piantedosi and the Italian Prime Minister Giorgia Meloni issued a new decree to single out rave parties and give them a legal framework, which had been missing in Italy. The decree foresees penalties of up to 6 years of jail and sanctions up to 10,000 € for the organizers of such events. The new decree recognizes a “rave” as the assemblage of at least 25 people.

So does that mean that the decree can target protests and restrain the freedom of expression of protestors? No, according to the new government. As Piantedosi explained to Corriere della Sera and to SkyTg:

"The decree serves to bring us in line with the legislation of other European countries also for the purpose of deterring the organization of such events (rave parties) that endanger especially the participants themselves and end up holding entire areas in check by undermining commercial activities and road conditions."

So the fact that the rave party has been stopped, but not the fascist commemorative march does not necessarily indicate a bias in our government’s conduct. The two events have been treated differently because the government sees them as legally different.

The real issue on the commemorative neofascist march in Predappio (Mussolini’s birthplace) is that while it violates the constitution, it still is an event that has recurred annually without intervention of the state. Apologia for fascism, in the Italian legal system, is a crime provided for in Article 4 of the Scelba law implementing the 12th transitory and final provision of the Constitution. Still, according to Scelba and Mancino law, and the interpretation by the Italian Court of Cassation, it is not an offence to make a fascist salute if there is no danger of the reorganisation of a new fascist party or the pursuit of anti-democratic and discriminatory aims.

Ironically, penalties for apologia infringement are less severe than those foreseen for rave parties. In case of apologia for fascism, people can be sent to jail for up to two years, with sanctions up to 516 €.

That is the problem. The government — not only this one, but also previous ones — did not properly tackle apologia, including the appropriate level of related sanctions as compared to other similar infractions (such as rave parties).

Another proof that protests are not likely to be included in the new decree comes from my hometown, which on Saturday also hosted a neofascist march and a Partisans demonstration (both authorized by Pavia’s prefecture).

And an oddity in the Pavia case is that law enforcement blocked the road to the city from 2pm to 8pm, not letting in potential audience (or just curious people) to observe the two events. When I asked for an explanation, I was told that it was a matter of public safety that we stay out.

Consequently, I could not document and video report the events. It was as if the prefecture wanted to pretend that the events never actually happened. It’s an approach that the state already has taken with respect to the commemorative fascist march of Predappio.

That is the real red flag of this last week — the inability of the state to legally address apologia infringement. Italian standard courts still punish cases for apologia of fascism, but the Italian Supreme Court of Cassation normally reverses their opinion. (see Imperia case).

The confusion around the legal framework for apologia for fascism has been continuing for 70 years now. The interpretation of Scelba Law (inserted in the 1952 Italian Constitution) was never homogeneous across the different legal entities in Italy.

Having offered the context within which Modena’s rave party and Predappio fascist march occurred, we can still draw some brief considerations: