Rave parties in Italy: a first benchmark for Meloni 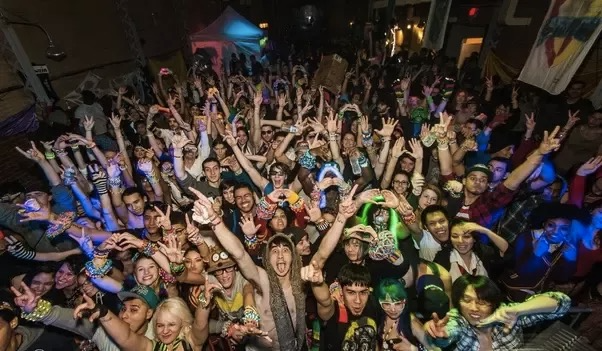 Fresh off her win in the Italian political elections, Giorgia Meloni is already being tested in the international arena. Recently, at the Italian American Foundation, she stated that:

"I will follow the footsteps of great Italian women. The government will be close to the U.S.”, defining the Rome - Washington axis as: "an unwavering alliance, a strategic partnership and a true and deep friendship".

Many of us have previously questioned what political path she would take. Given her most recent statements, however, and her proactive attitude towards Ukraine, we would expect that Giorgia will strengthen the very Atlantic ties we saw with Draghi.

At the international level, then, we could really have something of a political continuum. But what happens at the domestic level? What will be Giorgia’s behavior with respect to her own citizens?

Consider a rave party that occurred in Modena for Halloween. The event was unauthorized and illegal, but still scheduled from the 29th of October to the 1st of November.

Rave parties are one of those things that have found their way through an Italian legal loophole. Until now, the Italian legal system did not prescribe penal actions against rave partying, though the police evacuation of the rave area being occupied is itself usually violent, with law enforcement officers using batons and shields.

This time it was different, evoking a major surprise by the public.

Following the events in Modena, Meloni organized a flash Council of Ministers (Consiglio dei Ministri, CDM) that created the anti-rave decree and finally legally framed the context. In just three days. As an Italian, I do not remember such legal and institutional rapidity in my country, not even during the pandemic.

The CDM finally established fines of up to 10,000 euros and sentences of up to 6 years in prison for organizers. The decision is being questioned by the public, because of both the very severe penalties and the feeling that it’s an odd thing for a new administration to have prioritized. Citizens felt that there are other far more important issues on which to first intervene. Some media even question whether rave parties were the most prominent problem of Italy, ironically.

"We were already working on it," Interior Minister Matteo Piantedosi pointed out, "the requirements of necessity and urgency arise from the fact that the absence of effective legislation in our country made us particularly vulnerable…”

As Piantedosi’s words point out, the issue seemed to have already been felt with some urgency. Who knows why. And Meloni has been able to speed up the bureaucratic and legal Italian framework that has been slow and ineffective in the last decade.

But speed does not translate to quality. Article 17 of the Italian Constitution protects the freedom of all citizens to assemble peacefully, which is in contrast with the newly released decree. Still, in the second paragraph of the constitutional article there is also mention of the "reasons of public safety or security" that can prohibit these gatherings as posing a possible "threat to legality and public order."

It's a stretch to consider youthful groups at unauthorized music events as a threat to public order. It’s possibly more a matter of Meloni wishing to use the issue in order to show her iron fist, and back it up with law enforcement.

Giorgia Meloni's government establishes a new crime that includes a 6-year prison sentence if 50 people gather together, putting in danger safety or public health. Disguised as an anti-rave party rule, it aims to repress freedom, protests and dissent in today’s polarized Italy.