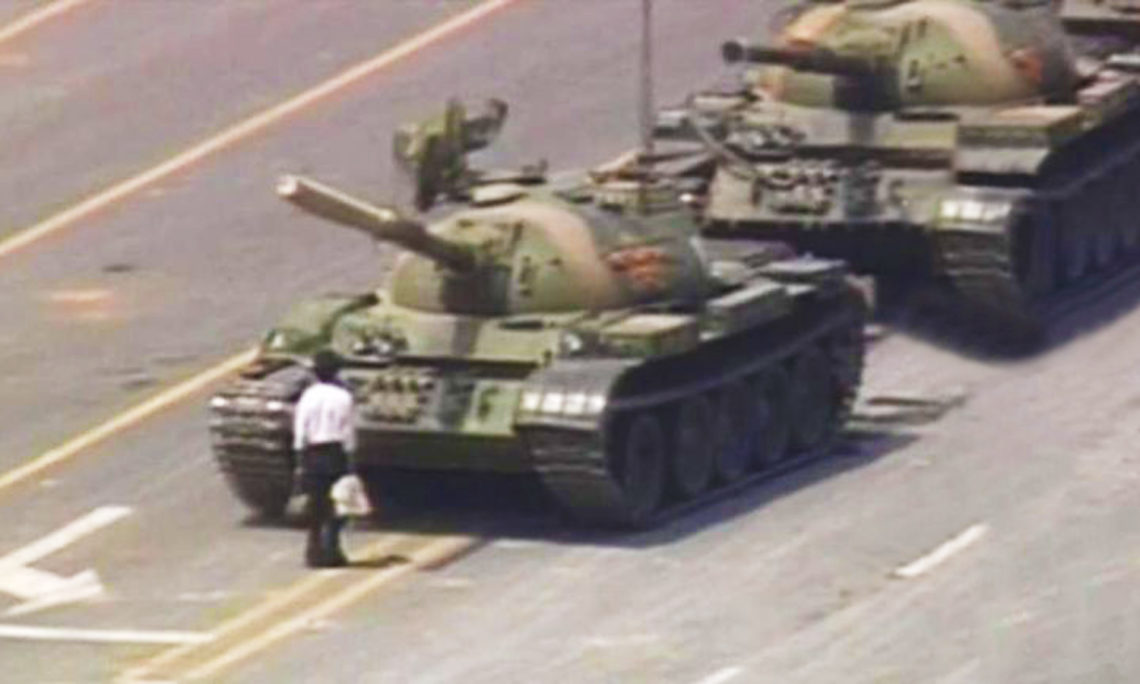 On April 15, 1989, major pro-democracy protests began in Beijing. While the student-led protests were centered in Tiananmen Square, they soon spread to as many as 400 cities throughout China. The students were protesting corruption in China’s one-party political system, and they were demanding democracy and freedom of the press and freedom of speech.

As Tiananmen Square filled to capacity with over a million young protestors, the world watched to see what the future held for governance in China.

Then on May 20th, China’s “Central People’s Government” declared martial law and sent hundreds of thousands of troops into Beijing. And on June 4th, Chinese tanks rolled into Tiananmen Square and violently suppressed the protests. With foreign press having been severely restricted after the imposition of martial law, gathering of facts by journalists had become difficult by the time of the crackdown. But UK documents released in 2017 stated that the number killed was close to 10,000.

To this day, any mention of Tiananmen, the protests, and June 4th are heavily censored in China. Tiananmen vigils are banned. They are also banned in Hong Kong.

Now, Taiwan has taken up the torch of Tiananmen remembrance.

On train from Shanghai, 1989, students cram into luggage racks to join Tiananmen Square protests in Beijing, and stay up all night, discussing democracy and freedom. I don't know their names, or how many survived the 4 June Massacre, but their undying spirit remains China's hope. pic.twitter.com/4OAKf6Up3E