Russia’s Invasion of Ukraine Week 1: the fog of war dissipates 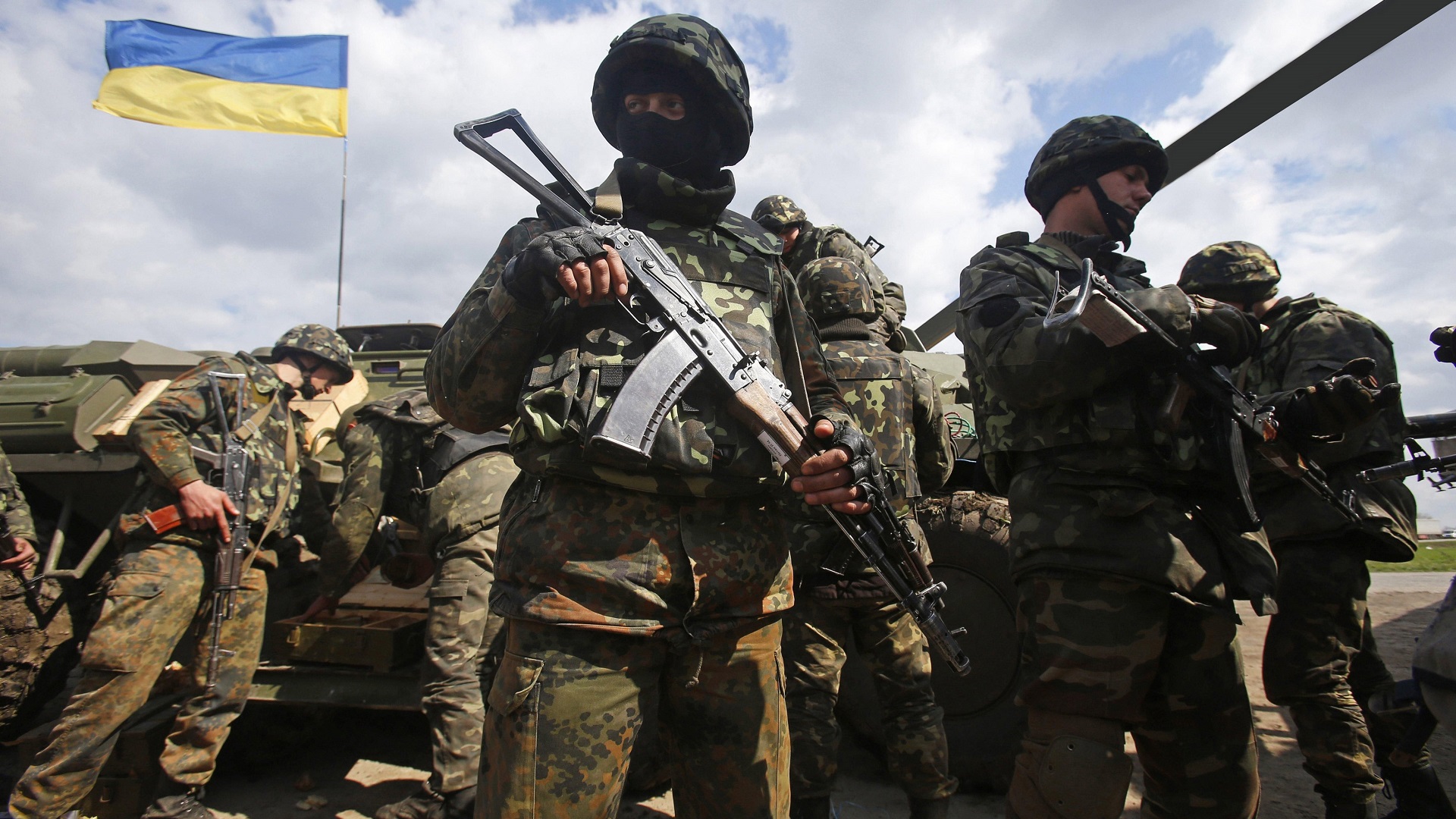 Russia launched its full-scale invasion into Ukraine on February 24th 2022. This was the culmination of Russia’s military buildup along the Russian-Ukrainian border over the last few months of 2021. Russia also held military exercises with neighboring Belarus during the first two weeks of February 2022, which Western intelligence assumed to be a cover for war. The worst fears were confirmed when Vladimir V. Putin ordered what he called a “special military operation” into Eastern Ukraine to “protect the people” in Donetsk and Luhansk, as well as to “de-nazify” and “demilitarize” Ukraine.

Putin has at times suggested that the invasion flows from Russia’s military doctrine of “active defense.” Military doctrine, in general, encompasses strategic, political and economic foundations necessary to ensure the state’s security. Military doctrine also determines the “character” of dangers to the state and their historical context, which would be important in understanding this invasion. Active defense is a strategy aimed at preventing a war before it happens. In this sense, Russia could claim to use direct force against what it considers to be a massing opponent. The doctrine also stipulates that Russia could use force to pre-empt potential fallouts from a political crisis, or when the military-political situation in the country is becoming more and more bellicose.

To help accomplish this, Russia has been waging what analysts termed a “hybrid war.” The Russian military defines hybrid war as a “strategic-level effort” to shape the governance and geostrategic orientation of a target state, in which all actions — up to and including the use of conventional military forces in regional conflict — are subordinate to an information campaign. Victorious states in a hybrid war, according to the Russian view, must be successful in imposing views, values, interests and control over their key resource infrastructures. Then and only then, victorious states can have the power and the right to determine a state’s future. Methods to accomplish this have already been evident in Ukraine — conventional military force along with a wide ranging disinformation campaign back home. Russian propaganda is also prevalent in Ukraine at this time of war, with the intention of demoralizing Ukrainians.

This latest military doctrine by Russia was introduced after the 2014 annexation of Crimea. Previous military doctrines of Russia (from 1993, 2000 and 2010) all share the same theme of anti-Western sentiment and grievances over perceived attempts to limit Russia’s place in the multipolar world they sought. All three doctrines also shared grievances surrounding NATO and its expansion eastward. With regards to Ukraine, in the 2010 doctrine, which provided the basis for annexation, Russia perceived the protests in Ukraine at the time as attempts to “destabilize the situation in individual states and regions and to undermine strategic stability.” The doctrine stipulates that this warrants action, as Russia reserves the right to “to ensure the protection of its citizens located beyond the borders of the Russian Federation in accordance with generally recognized principles and norms of international law and international treaties of the Russian Federation.”

In the current full-scale invasion of Ukraine, however, it is hard to ignore the clear evidence that Russian military doctrine acts as a porous umbrella of legitimacy for President Putin in his efforts to fulfill his revanchist and revisionist world views. The danger with the doctrine, however, is that there is no concrete definition of what constitutes a “drastic aggravation of military-political situation” that warrants the use of conventional force.

This vague term invites interpretation by Putin, and this is evident by his efforts in the weeks before the invasion to revise history. At that time, Putin launched into a revisionist historical lecture on Ukraine, arguing that Ukraine is essentially a Soviet creation, and that Lenin and the Bolsheviks had separated ethnic Russians from what Putin claimed was “historical Russian land.” He concluded by saying that for Russians, Ukraine is not a “neighboring country,” but instead an “inalienable part of our own history, culture and spiritual space.”

In Russia’s view — or at least Vladimir Putin’s stated view — Ukraine is a proxy by the West to conduct hybrid warfare against Russia. Putin justifies this by saying that this “special military operation” was to protect Russian speakers in the separatist regions, blaming Kyiv for conducting a “genocide” in the Donbass region and spreading Russophobia. Thus, after 8 years of a relentless disinformation campaign in Russia, sparking conflict in Eastern Ukraine, Putin escalated his hybrid war into a full-blown kinetic conflict. Russia sought to be the victorious state in accordance with its doctrine, with the hope of shaping Ukraine’s government into being more submissive towards the Kremlin, and preempting any efforts by Ukraine to drift further to the West.

Initially, Russian troops stormed Ukraine through four axes of advances. These include :

In the first days of the invasion, the Ukrainian Armed Forces managed to hold off Russian attacks on almost all axes, but the advance from Crimea proved to be a problem for Ukraine. President Volodymr Zelenskyy remarked in a statement that the Russian advance from Crimea is "problematic". Crimea, which was annexed illegally by Putin in 2014, was home to the Black Sea Fleet of the Russian Navy. Crimea is also home to a new Russian military base, completed in April 2021. The troop buildup in Crimea received less attention, however, compared to the troop buildups in Eastern Ukraine, northeastern Ukraine, and the ones in Belarus. By attacking from Crimea with full military might, Russia could capture strategic port cities vital to the Ukrainian economy and water supply. Hence, President Zelenskyy’s statement of the “problematic” Russian advance from Crimea.

In other parts of Ukraine, especially in the north, fierce resistance was mounted to prevent key infrastructure from falling to Russian hands. Most notably, the Ukrainian Army managed to hold key airports in the Kyiv region. Hostomel and Boryspil Airports were still held by the Ukrainians at the time of writing. By preventing Russia from capturing these two airports, it dealt a blow to the Russian offensive, as it deprived them of the ability to airlift troops to support the advancing ground forces. The Russians also failed to take out most of the Ukrainian Air Force fleet, which makes it very hard for Russia to gain air superiority.

Over the next two days from February 24th to February 26th, Russian forces engaged in lengthy battles and tried to take control of cities in the north of Ukraine. They encircled Kyiv and Kharkiv and shelled them relentlessly. But their attempts failed, and Russia also skipped the town of Cherniv in the northeast. Russian military strategy in active warfare underscores the importance of the survivability of Russian combat units and preservation of their forces, and these attempts to bypass Cherniv and Kharkiv is an indication of that intention. In the first two days, Russian forces directed their efforts toward seizing Kyiv and capturing key ports in the South, and also capturing the city of Kherson. Ukrainian resistance from both their volunteers and their armed forces has managed to put a dent in their advances.

After three days of complete disorganization and morale issues, Russian forces conducted a pause during the weekend of February 26th, most likely to reorganize their efforts and lessen their shock and awe approach so far. The efforts in the south near Crimea have been more successful, and rapid advances over the next few days in the south is the biggest threat the Ukrainian Armed Forces must face.

In accordance with their military strategy, which advocates inflicting as much damage as possible to enemy military and economic infrastructure by the use of long range strikes, Russian forces shelled the city of Kharkiv on February 28th, causing major damage and civilian casualties. The objective of these shellings are to force Ukraine’s capitulation and seek peace with terms acceptable to Russia. Shifts in strategy have begun, however, as Russian troops advanced more methodically and cautiously in the northern theater of Ukraine. A massive convoy of combat vehicles and trucks has been situated on the outskirts of Kyiv. Its intentions are still unclear. As of March 6th, the convoy is still there, north of Kyiv.

In the first days of March, Russian forces committed most of their strength toward encircling Kyiv and Kharkiv, and trying to take Mariupol in the south. Mariupol is vital to the Russians, as this could connect Rostov-on-Don with Crimea, establishing supply lines to resupply the troops in the southern part of Ukraine. In the north, efforts to encircle Kyiv have so far failed, but troops are advancing rapidly from the Sumy Oblast towards Kyiv at the time of writing, potentially encircling Kyiv from the East and West.

As of March 5th, Mariupol is essentially under siege by Russia. Humanitarian corridors were agreed upon in talks with the Ukrainians, but the Russians failed to honor the agreement, leading to evacuations being paused.

In the next few days, we need to anticipate more and more indiscriminate shelling of civilian population centers. Militarily, we may see Kyiv surrounded yet again, along with amphibious assaults into Odessa.

Filters
Tweets by ZelenskyyUa
Support the Team Behind This Report