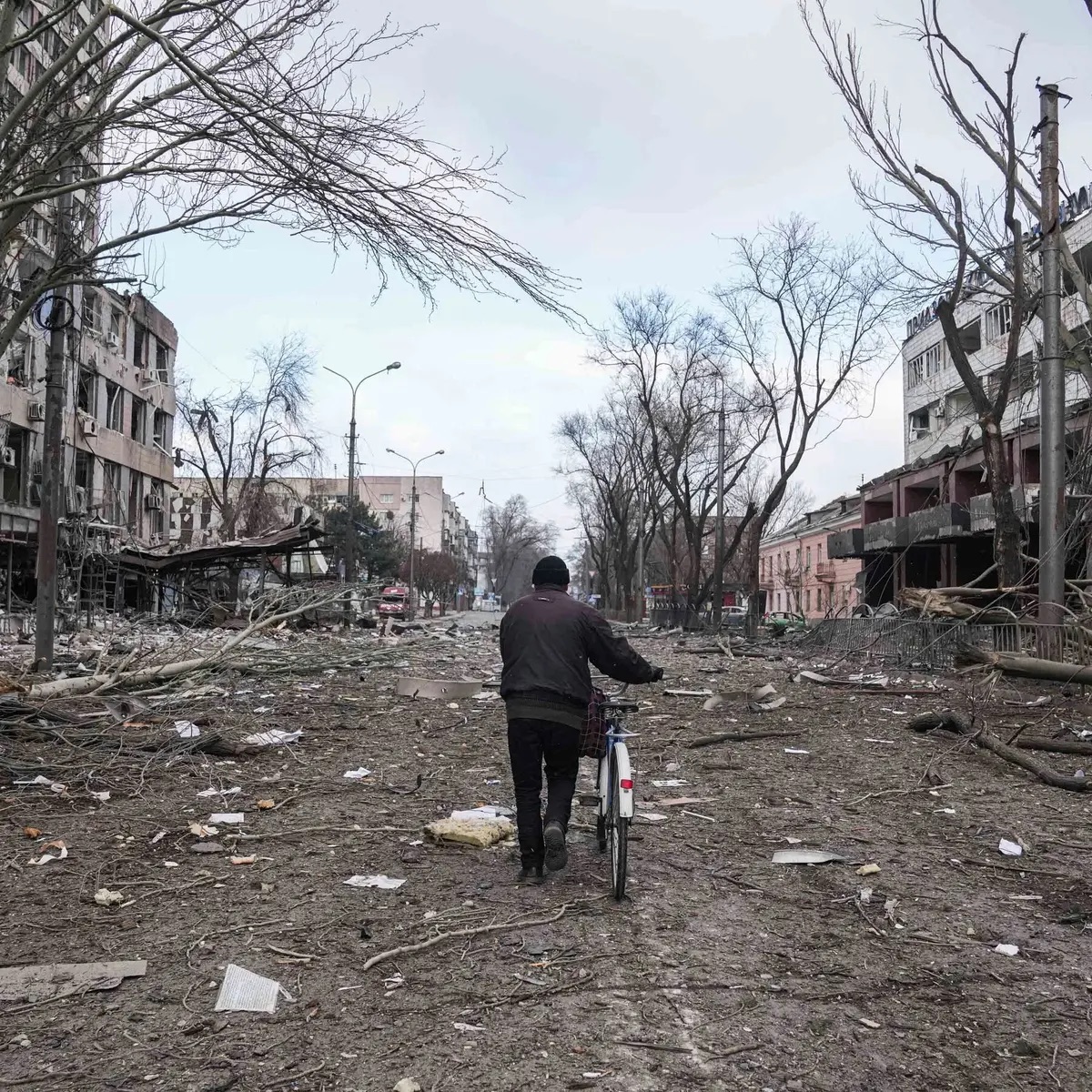 As Russia’s invasion of Ukraine entered its second week, the scenes unfolding in Ukraine were nothing short of horrifying. The Russian invasion has descended into the biggest humanitarian crisis facing Europe since World War II, creating scenes we thought would be forever locked in history. Cities are besieged and destroyed, civilians killed, and children buried under rubble. Despite the harrowing conditions, Ukrainian forces fight on bravely. Together with their President Zelensky, they continue to inspire all Ukrainians, and all the world.

In the last week, the Russian military campaign regrouped and re-consolidate its tactics after its messy initial campaign. Throughout March 6th and March 8th, while Russian ground forces conducted an operational pause to regroup and potentially rearm, Ukrainian and Russian officials continued to negotiate to open humanitarian corridors.

The talks held so far, with the most recent being on March 14th, yielded little in the way of results. Despite this, it is important to note that Ukrainian and Russian officials continue to keep lines of communication open and pursue further dialogue. Also last week, the highest level diplomatic meeting occurred in Antalya between Foreign Minister Dmytro Kuleba and Sergei Lavrov, again yielding little results. Lavrov toed the Kremlin line, even saying that Russia “did not invade” Ukraine. Foreign Minister Kuleba on the other hand, expressed disappointment that Lavrov cannot make decisions for himself, needing instead to report back to Moscow. In the March 14th meeting, the same situation occurred, with the talks delayed by a day as Russian officials requested a technical pause to discuss the meeting with higher-level officials at the Kremlin. President Zelenskyy’s top advisor, Mykhailo Podolyak, wrote that the differences between the systems of governance of Ukraine and Russia contributed to the difficulties in the talks.

The subjects of these talks have related primarily to Russia and Ukraine agreeing to establish a temporary ceasefire in order to open up humanitarian corridors to get supplies and aid in and to evacuate citizens for cities such as Kyiv, Mariupol and Kharkiv. Kyiv and Kharkiv have been shelled relentlessly in the last week. Irpin, a city on the outskirts of Kyiv, has been the primary exodus route for Ukrainians trying to escape the capital, and it is there where Russian shelling has been a daily occurrence. A graphic photo of a woman dead with her children next to her has been circulating, reminding all how harrowing the route is. While the Russians offered humanitarian corridors, they were allowing them only into Russia or its ally Belarus. Ukraine refused such a cynical offer, arguing that Ukrainians were being used for Kremlin propaganda and they would evacuate only into Ukrainian territory.

The scenes of a bridge in Irpin have also been distressing to watch. Ukrainians attempting to flee Kyiv are forced to walk across a bridge that Ukrainian forces destroyed in order to prevent a Russian advance. While the city center of Kyiv has not been targeted again by heavy artillery since the early days of the invasion, the outskirts of Kyiv faces shelling almost every day.

The city of Mariupol in southeastern Ukraine is on the verge of total destruction, as it continues to face heavy shelling by Russian artillery. Russian forces have the city under siege, cutting off water, food and other supplies. Despite agreeing to a temporary ceasefire to allow evacuations from Mariupol, Russian forces have continued to shell the very evacuation corridors agreed upon. Evacuation from Mariupol was delayed twice last week after heavy shelling. In what can only be seen as an attempt to demoralize Mariupol residents even more, Russian forces shelled a maternity hospital on March 9th, leading to untold numbers of children and babies buried beneath the rubble. A photograph of a pregnant woman being carried out on a stretcher went viral (both the woman and her baby died on March 14th). Mariupol has been digging mass graves to bury its dead, as the Russians shelled even the city’s cemetery. One Polish academic, Adam Eberhardt  has spoken of Mariupol as Putin’s Srebrenica.

Russian forces are currently amassing their forces once again to encircle Kyiv, after having failed to do so in the early days of the war. The infamous convoy of Russian military trucks outside of Kyiv has been dispersed and moved to the treelines in order to avoid it being targeted by Ukrainian artillery. Russian forces are also attempting to advance from the east of Kyiv, bypassing the city of Sumy as well as Chernihiv. However, as of March 14th, it seems this new effort is also failing, as they still face stiff Ukrainian resistance and have struggled to maintain their supply and communication lines. The destroyed bridge in Irpin also helped to halt their advance.

In the south of Ukraine, Russian forces continued to advance north towards Zaporizhia and encircle Mykolaiv. Odessa is under constant threat of a Russian amphibious landing, though it is highly unlikely it will succeed if the Russian navy is not supported by infantry, which is still around Mykolaiv.

Russia has also recently launched airstrikes into western Ukraine. Up until now, western Ukraine has been considered quite safe and far from the conflict, and it has turned into an important transit point for refugees seeking to escape to Poland. On March 13th, however, Russia launched an airstrike into a military base near Lviv, about 20 km from the Polish border. This could be a warning to NATO, as this attack came just one day after the Russians announced they’d consider weapons shipments from NATO to be legitimate military targets.

President Putin has called up the reserves from the east and troops from Nagorno Khabakh to replace their losses suffered in the previous 14 days. Also, in-line with their military strategy of hybrid warfare, Putin has called up irregular forces to fight for Russia. Pro-Assad militias and the notorious Russian private military contractor Wagner Group, which saw combat in Syria and assisted separatists in Donbass, are both being called up.

Putin has also asked China for military and financial assistance, in what appears to be a sign of trouble for Russia. US National Security Advisor Jake Sullivan met on Tuesday in Rome with his Chinese counterpart, warning that Chinese aid to Russia would constitute a major escalation.

The humanitarian crisis in Ukraine is growing uglier as the days pass, and it is very hard to watch. Russia continues to ramp up its attacks on civilian populations in what seems an effort to force Ukraine to capitulate.  But from what we’ve seen thus far, that’s not likely to happen anytime soon, and quite likely never. Ukrainians continued to fight bravely to slow the Russian advance.

Filters
Tweets by ZelenskyyUa
Support the Team Behind This Report