The ongoing bombing of Sinjar: destroying Yezidi hopes for return and stability 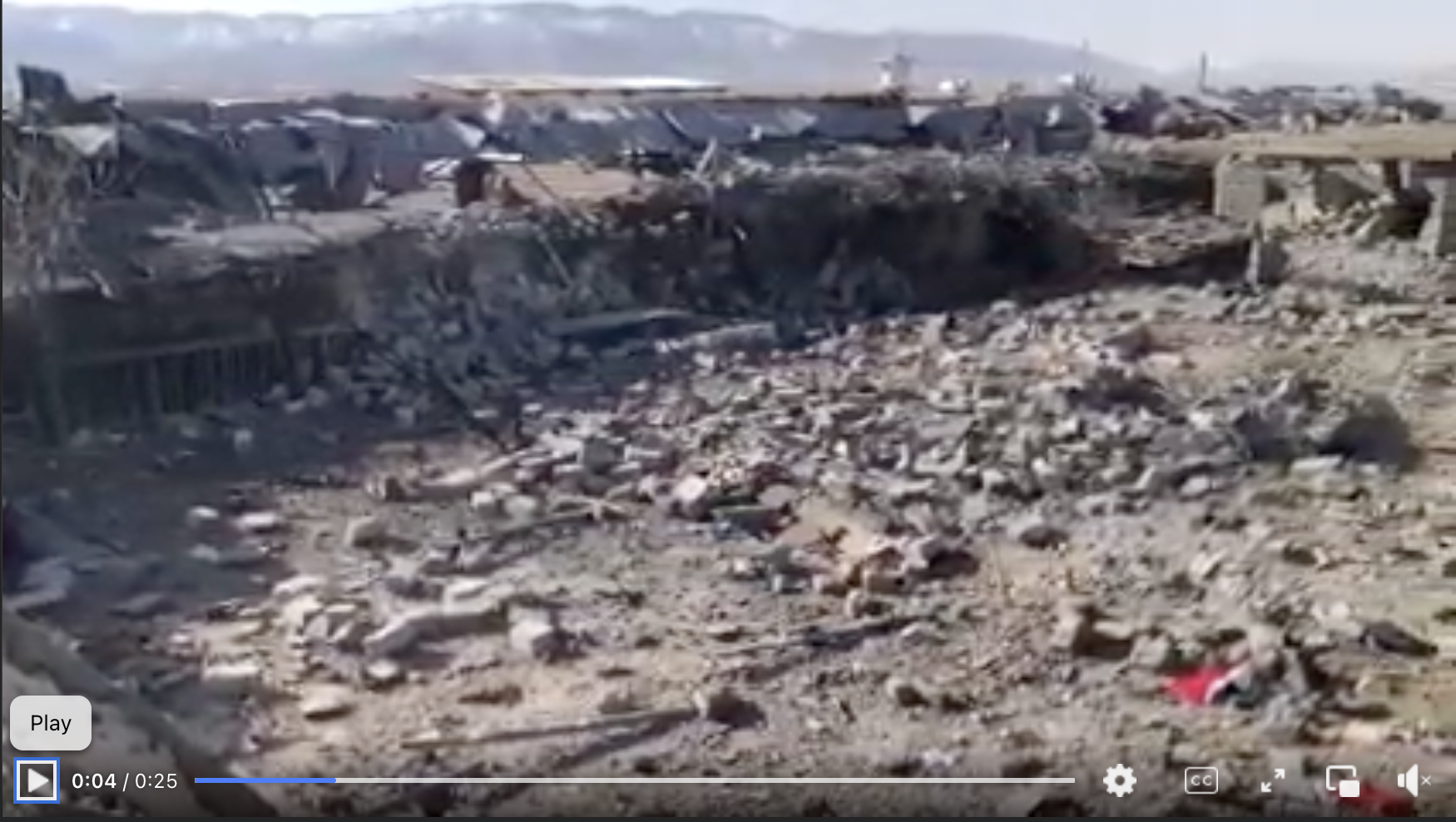 After a series of airstrikes on the Sinjar district that appear to be Turkish, the Yezidi community in Iraq is losing the last drop of hope that they can return to Sinjar and regain a stable life.

On February 1, 2022, more than 15 airstrikes targeted at least five different areas of Sinjar, in Chel Merran, Karsey, Shilo, Bary, and Khanasoor, where the PKK is mostly active. According to the Kurdish media in Iraq, this resulted in the death of more than 8 members of YBŞ, a part of the PKK forces in Sinjar. . This was not the first time that Turkey has bombed Sinjar. Beginning in 2017, when Sinjar was liberated from ISIS terrorists, Turkish airstrikes have targeted different areas of Sinjar and killed tens of people.

After ISIS took over Sinjar in 2014, they destroyed everything in the district, including the people. The Kurdish Peshmerga had left Yezidis in the hands of ISIS, but then returned to liberate Sinjar with the help of the PKK, YBŞ, Hashid Al-Shaabi, and the Yezidi Protection Forces, supported by international alliance airstrikes on ISIS positions. However, after liberation of the district in 2017, different armed groups had a strategic interest and tried to control the area. The previous Yezidi residents of the city were not allowed to return because Sinjar is distributed among the various armed groups, with each part of the city controlled by a specific group, which affects the safety of the Yezidi residents.

Due to the unstable situation in Sinjar for what is now nearly 8 years, and the Iraqi government having neglected the area and the people, Yezidis have now lost hope that Sinjar will recover and once again be liveable. On one hand, the airstrikes are killing people. On the other hand, the different armed groups control the area. But the safety and security of people is not guaranteed, as there is no official and unified security force securing the area.

Recently, there has been a new wave of Yezidi migration to Europe and other parts of the world. Yezidi youth and families are seeking safety and a good life, as Iraq is not providing it for them.

Ronny Saeed, a Yezidi activist, expressed her concern, saying, “Every time an airstrike targets Sinjar, despair increases in the Yezidi community. But the last series of airstrikes was a strong hit to the Yezidi community. This is why, if there was a desire for migration before among Yezidis, now I can say they are determined to leave Iraq. Because it is not protecting them.”

Yezidis are now considering massive migration, and they intend to put pressure on the Iraqi government to either allow them to collectively leave Iraq, or to protect them in their country and take action to rebuild their area to return after 8 years of displacement in KRG IDP (internally displaced people) camps.

Murad Ismail, a Yezidi activist, also expressed this in a his recent tweet:

“As failure to protect Yazidis in their homeland following the genocide continues with no foreseeable safe future. (sic) It is time for the world to open its doors for the Yazidis & allow mass exodus of the remaining half million people from Iraq & Syria. Time to leave.”