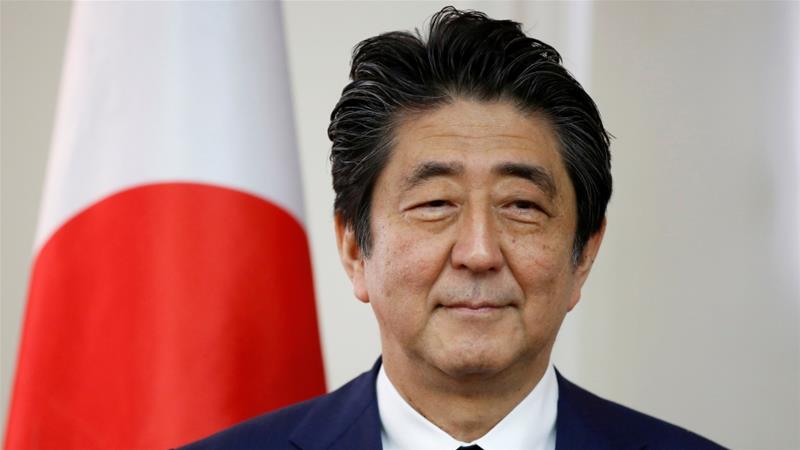 As an Asian man myself, I always looked up to Japan, and especially to former Prime Minister Shinzo Abe as our worthy representative on the world stage. Abe’s Japan represents everything that is best in Asia. Hard work ethic, politeness, humility, integrity, innovation, and more importantly, a firm belief in democracy and freedom. When the news broke that Abe was shot by a disgruntled voter at a campaign rally and subsequently died, I felt much emotion. I believe we have just lost a great man and a great Asian statesman. The people of Japan are undoubtedly shocked, as such crimes are very rare in a country known for its low crime rate and tough gun control laws.

Abe was Japan’s longest-serving prime minister, having governed for two terms from 2006-2007 and from 2012-2020. Coming from a political family, with his grandfather having been prime minister and his father a foreign minister, Abe was encouraged to follow the family path into Japanese politics. He was first elected into the Japanese Parliament, the Diet, in 1993. His party was the dominant force in Japanese politics, having been in power with only brief interruptions since the 1950s.

Abe’s return to the prime minister’s office in 2012 was credited with ending the-then “revolving door” nature of Japanese prime ministers. Before Abe took office in 2012, Junichiro Koizumi led Japan for five years from 2001 until 2006. Abe replaced Koizumi, but for only a year. What followed was a period of 5 years in which Japan had five different prime ministers. Abe, however, managed to avoid the fate of his predecessors, and he quickly consolidated his grip on power in the country.

During both stints as prime minister, Shinzo Abe focused on fixing the Japanese economy. After the prosperous 1980s, Japan faced stagflation as a result of the collapse of an asset bubble in the 1990s. Abe sought to kickstart the economy back to life through his economic policies widely termed “Abenomics.” Abenomics consisted of three pillars: loose monetary policy, fiscal stimulus and economic reforms. To accomplish the first two targets, Abe’s Japan enjoyed low interest rates, pumped more money into the market through quantitative easing, and invested billions in infrastructure. His economic reforms included cutting red tape, reducing corporate taxes, and making the Japanese workforce younger, which by Abe’s second term was growing in age. He also encouraged women and immigrants to join the workforce.

However, without Abenomics, Japan might have headed to a sharp economic downturn in the aftermath of the 2008 financial crisis. Abe’s predecessors were unable to stop the rapidly stagnating Japanese economy from the 1990s. Whatever its lofty goals, Abenomics delivered in bringing Japan up from stagflation.

On the international stage, Abe managed to boost Japan’s international presence even higher. He was instrumental in securing Tokyo’s bid for the 2020 Olympics. He also reshaped Japan’s foreign policy outlook, from simply pragmatic and economics-driven into standing up for democracies and values in the region. He cultivated deeper ties with the United States, India, Australia, the United Kingdom and Australia. Promoting values-based diplomacy proved to be Abe’s lasting legacy.

Abe also pursued another radical change in Japanese foreign policy. Abe led Japan in taking a more active role in developing a policy to ensure Indo-Pacific security and ensuring that Japan is capable of meeting the threat from Communist China. He tried to do away with Japan’s pacifism by amending Article 9 of the Japanese Constitution, which only allows Japan’s military to act in self-defense. He was successful in encouraging the Japanese public to support a more assertive position for Japan with regards to China, and also for more defense spending. Against this backdrop, Abe also successfully lobbied the Japanese parliament to allow Japanese forces to cooperate with US forces outside of Japan.

His biggest legacy in this regard was his work with the Quadrilateral Security Dialogue, better known as QUAD, reshaping it from a platform to coordinate disaster responses into a security dialogue. Abe sought to include both the Indian and Pacific oceans in advocating for a broader Asia and striving to include India in discussing security in the region. India has traditionally been non-aligned, and Abe managed to cultivate close relations with India in joining QUAD. While on a visit there in 2007, he outlined his idea for a “confluence of the two seas” between the Indian Ocean and the Pacific. He viewed the Indo-Pacific oceans as a “dynamic coupling as seas of freedom and prosperity.” From there, he promoted the idea of an ”arc of freedom and prosperity” that would later be known as the Free and Open India-Pacific policy. In 2017, India and Japan revived the QUAD dialogue, which by then was dormant because of Abe’s defeat in 2007 and the 2008 global economic crisis. Abe helped QUAD grow into a bonafide security dialogue that now meets yearly.

Abe, as any other human being in life, made mistakes. He was the subject of numerous scandals in his premiership, and his historical revisionism won him no support in China and South Korea. He was also criticized for visiting a shrine where Japanese war criminals are remembered. In a 2015 speech, he urged the Japanese people to move on from World War II and the atrocities perpetrated by Japan.

Shinzo Abe is survived by his wife, and he had no children. His legacy will outlive him in the form of his economic policies for broader Asia, for which I am personally so grateful.