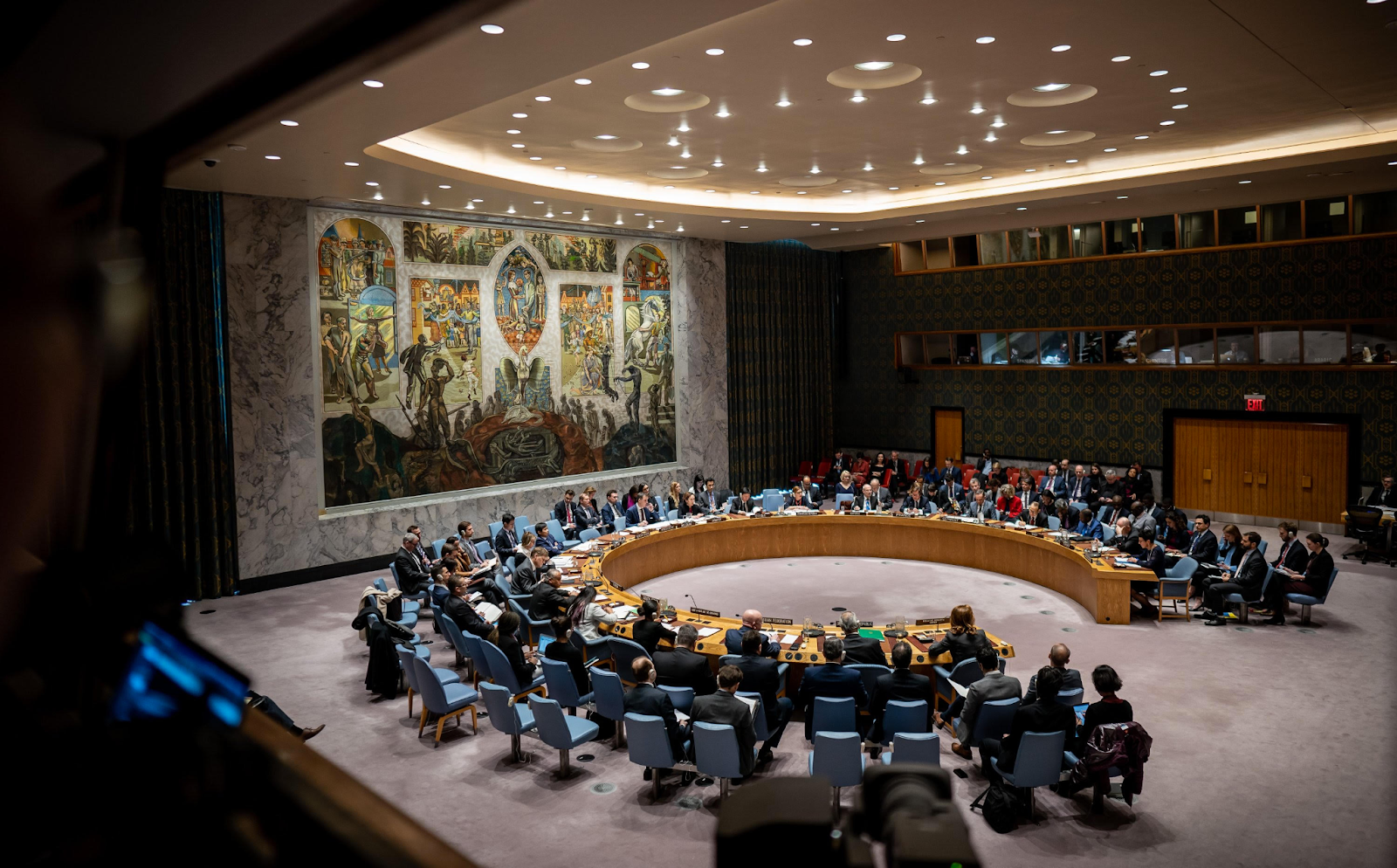 Soon after the horrifying scenes in Bucha were revealed, President Volodymyr Zelensky addressed the United Nations Security Council. His message was blunt and direct, and he used footage from Bucha to make his point. Zelenskyy implored the body to act to help his country, saying that the UN should acknowledge if it cannot do so. He voiced his anger and frustration with the UN body, asking if they believed the “time of international law” had passed. If they are incapable of stopping such shocking violence, Zelensky argued, perhaps the UNSC should disband itself. “Where is the security in the Security Council?” he asked.

Zelenskyy’s words to the UNSC unsettled some diplomats who were present, though many saw it as warranted. Linda Thomas-Greenfield, U.S. ambassador to the United Nations, speaks of the Russian invasion as an enormous challenge to the United Nations and its purposes. Many see it as the biggest crisis for the UNSC (and the UN in general) since the end of the Cold War. During civil war in Africa, the UN was aptly described in 1962 as the institutional embodiment of the “tragic paradox” of becoming “indispensable before it has become effective.” Now, with Russia’s invasion of Ukraine, it is once again under the spotlight.

The UN has been extremely useful when dealing with conflicts that do not interfere with the interests of the 5 powerful permanent Security Council members. It was instrumental, for example, in ending the Indonesian occupation of East Timor, successfully pressuring the Indonesian government to allow UN elections supervision, and assembling a multinational peacekeeping force in East Timor. The UN is also critical in sending humanitarian aid into impoverished countries in Africa. But when dealing with states that are capable of exerting their power and influence on other countries, the UN is generally worse than useless. The veto power is the key reason.

The veto was granted to the United States, China, France, the United Kingdom and the then-Soviet Union as the winners of the Second World War. They all just happened to be nuclear powers. However, this means that a single state can block a significant action or even a simple resolution of actions that go against established international law, something the UN is supposed to champion. The veto allows the five so-called permanent members to dominate UN policy, even when one of them goes rogue or when countries “friendly” to one of the five commit war crimes. The US has regularly used the veto to block resolutions condemning Israel’s violence against civilian populations, and Russia has used it to shield itself from ramifications for similar actions.

At discussions in Yalta in 1945 regarding formation of the United Nations, inclusion of the veto power in the UN charter was demanded by both the United States and the Soviet Union as a way to exert their influence and power and protect their strategic interests. As the US had never been a member of the League of Nations, and the Soviets had withdrawn from it, the veto power was seen as a necessary incentive for both the US and the USSR to join the new body. Other potential members had no choice but to bow to their demand. The Security Council’s authority to govern the rules of warfare and force have not been able to withstand the geopolitical power of the world’s superpowers, embedded in the veto. Now, with Russia’s invasion of Ukraine, the problems inherent in the veto are clearer than ever.

A more recent example of Russia’s mockery of the UN can be seen in the aftermath of its annexation of Crimea. Russia vetoed a resolution that would label the annexation an illegal act and invalidate Russia’s referendum regarding Crimea’s integration into Russia. With Russia’s history in the Security Council of staunchly defending state sovereignty, the irony of its invasion and violation of Ukraine’s sovereignty was not lost. Under President Boris Yeltsin, Russia also blocked multiple UNSC attempts to use force to prevent Milosevic from killing Albanian civilians in Kosovo. And in 2011, Prime Minister Putin sought to prevent then-President Dmitry Medvedev from cooperating with the US-led UNSC resolution to stop Libya’s Colonel Moamar Gadaffi from killing his own citizens.

Russia’s position towards the UN has been contradictory. Russia views the UN as a key component of their foreign policy and a useful platform for re-establishing itself as a world power, altering the irrelevance it faced post-Cold War. Russia has managed this by utilizing its veto power in the UNSC. But Russia’s view that the current international order is nothing more than an American-led global order prevents Russia from fulfilling its responsibilities in its role as a permanent member of the Security Council.

In its invasion of Ukraine, Russia blocked a resolution in the Security Council that condemned the invasion as illegal and called for Russia to immediately withdraw its troops. As expected, Russia vetoed that resolution. The Atlantic Council points out that “the UN Charter endeavors to restrict member states party to a conflict from blocking UNSC action.” This could theoretically challenge Russia’s veto in the council. However, no member in the Council has tried to do so, likely fearing that their own veto power could be challenged in the future.

In addition to the veto power, power politics have hampered the Security Council’s ability to make meaningful strides in achieving international peace. In fact, former U.S. President George W. Bush argued that the UN would “fade into history as an ineffective, irrelevant debating society.”

States are the central actors in international politics. This is the reality of our world, and bodies such as the UN have a hard time withstanding the pull of power politics. However, the United Nations Charter offers a clear way to hold the five permanent members to account.

Article 27(3) of the UN Charter establishes a limitation on all Council members participating in a vote in the Security Council: “...in decisions under Chapter VI, and under paragraph 3 of Article 52, a party to a dispute shall abstain from voting.”

This limitation is not being enforced. For the Security Council to have any relevance, it must. Adhering to both the letter and the spirit of the UN charter will allow the United Nations to proceed with appropriate actions — with Russia’s invasion of Ukraine, as in all other situations requiring that bad actors be reined in.