With Italian elections just 23 days away... 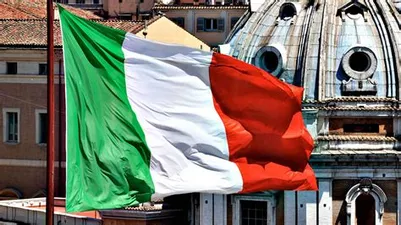 Italian elections are just 23 days away, and the war between the three political alliances (left, center, right) is growing more intense. Theoretically.

It is indeed a time where Italian political leaders are expected to raise their voices in speaking of future policies that would be implemented once they’re voted in. The media game requires that someone get attention by claiming something incredible, revolutionary or absurd. As proof, Giorgia Meloni has grabbed the first covers of the Italian digital and paper media by claiming that she wants to introduce anti-drug tests for students at school. She also listed several of what she calls “deviances” that have to be purged from the country: from homosexuality to depression, and even anorexia.

On the other side, Partito Democratico is also gaining space in the media, and for the same reason as Meloni’s Brothers of Italy have. Young PD candidate Rachele Scarpa has been harshly criticized for her claims that do not see work as the only source of income. Jobs are a sensitive issue in Italy. The country is already facing a backlash from the introduction of a guaranteed basic income, as the policy resulted in the unexpected deterrence to work. Now, Italy still has to find its way to turn the tide on the ratio of occupation and minimum wages. So, such a claim as Scarpa’s did not arrive at the best time.

As you might expect, there is a lot of political talk. Voices are raised, and so are the exaggerated claims. But there is one issue, essential for citizens, that is not being addressed.

Rising energy prices have brought back the need to find new resources to reduce the bills of citizens and businesses. Several politicians have called on the government, still led by Mario Draghi, to find the necessary money by resorting to the so-called "budget slippage" — that is, to increase public debt, more than already budgeted, in order to finance the anti-increase measures in energy costs.

Parties need to clarify their positions on the issue before the vote. They will have to, and particularly in the case of the right-wing alliance between Berlusconi, Meloni and Salvini. The three must find a shared point of view on the issue, or their political credibility as an alliance will decline rapidly.